In the opening bout of the evening Super Welterweight Eric Rodriguez (1-1, 1 KO) from Bradenton, Florida. spoiled Craig Williams (0-1) from Miami, Florida. pro debut by taking him out with a hard KO victory at 2:55 seconds of round one.

Welterweight Javonn Davis (3-0-1, 3 KO) from Hattiesburg,MS. crushes Anthony Overby (0-14) from Newport News, VA. in the opening stanza at 2:55 seconds of round two by TKO victory.

Welterweight Antonious Grable (1-0, 1 KO) destroys Henry Lee Crapp (0-2) from Albany, GA. finishing him off at .51 seconds of round one by KO victory.

Heavyweight Arhan Castillo (1-0) from Reno, NV. scores a four round unanimous decision victory in his professional debut against Gary Kelly (1-11) from Montgomery, AL.

In his professional debut welterweight Jose Rodriguez (1-0, 1 KO) destroys Joshua Boudreaux from Ocean Springs, MS. by KO victory at the 1:55 second mark of round two.

All three judges score the contest 39-34 for Franco.

Brandon Moore wins by a disqualification at .30 seconds of round two

Vercell Webster looses control of himself in the ring going after Moore and referee. 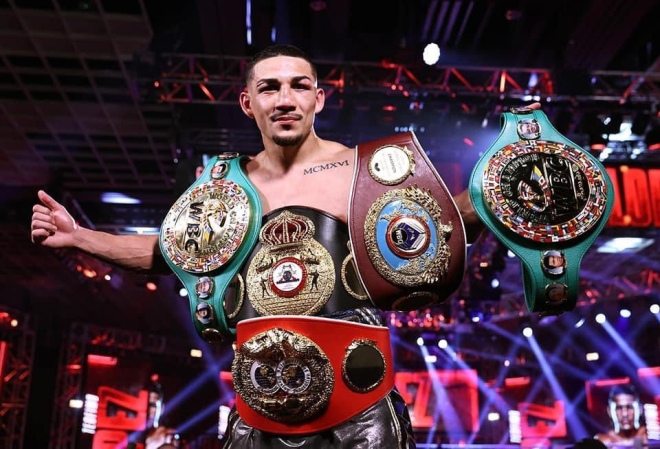 The new WBC, WBO, WBA & IBF Lightweight Champion Teofimo Lopez (16-0, 12 KOs) scored a twelve round unanimous decision over Vasyl Lomachenko (14-2, 10 KOs) on Saturday night in ”The Bubble” at the MGM Grand in Las Vegas. Lopez supplied almost all the offense in the first six rounds. Lomachenko got untracked over the second half of the fight. Lopez won the final round. Scores were 116-112, 119-109, 117-111.

Streaming live this Saturday on ESPN+ from Las Vegas

LAS VEGAS – If Kendo “Tremendo” Castanedalives up to his nickname this Saturday night (Oct. 17) in Las Vegas, the San Antonio fighter will derail the fast track Josue “The Prodigy” Vargas has been placed.

Vargas vs. Castaneda will be streamed live on ESPN+, starting at 7:30 p.m. ET/4:30 p.m. PT start, in a 10-round, junior welterweight showdown taking place on the high-profile Vasiliy Lomachenko-Teofimo Lopez title unification card in “The Bubble” at MGM Grand Las Vegas Conference Center.

“I’m stoked to be on one of the biggest cards of the year,” Castaneda said. “Lomachenko is one of my all-time favorites and it’s an honor fighting on his card.”

“We’d like to thank, Bob Arum, Top Rank, MGM Grand and ESPN for giving us this tremendous opportunity,” commented Castaneda’s promoter, Keith Veltre, CEO/co-founder of Roy Jones. Jr. Boxing Promotions.  “Arum said Vargas can graduate to contender with a win over Castaneda, but Kendo is more than capable of upsetting a hot prospect like Vargas, and a victory will get him back on the right track. Remember, he was rated in the top 15 prior to his last two fights, and Vargas hasn’t fought anybody on the same level as Kendo.”

Vargas (17-1, 9 KOs), a Puerto Rico native living in Brooklyn (NY), has been super hyped since he was an amateur, thus, his nickname, “The Prodigy.”  The 22-year-old southpaw is riding an 11-fight win streak.  His only loss was in 2016 to Samuel Santana, when Vargas was disqualified in the third round, following the advice of the ring physician, after Vargas hit Santana when the latter’s back was turned.

“I’ve heard nothing but great things about my opponent,” Castaneda added, “so I’m expecting a great challenge. It’s going to be a tremendous showdown, Puerto Rico versus Mexico.

“I have been training tremendously hard during this pandemic, keeping to myself and working heard with Regis Prograis at his camp in Houston.” 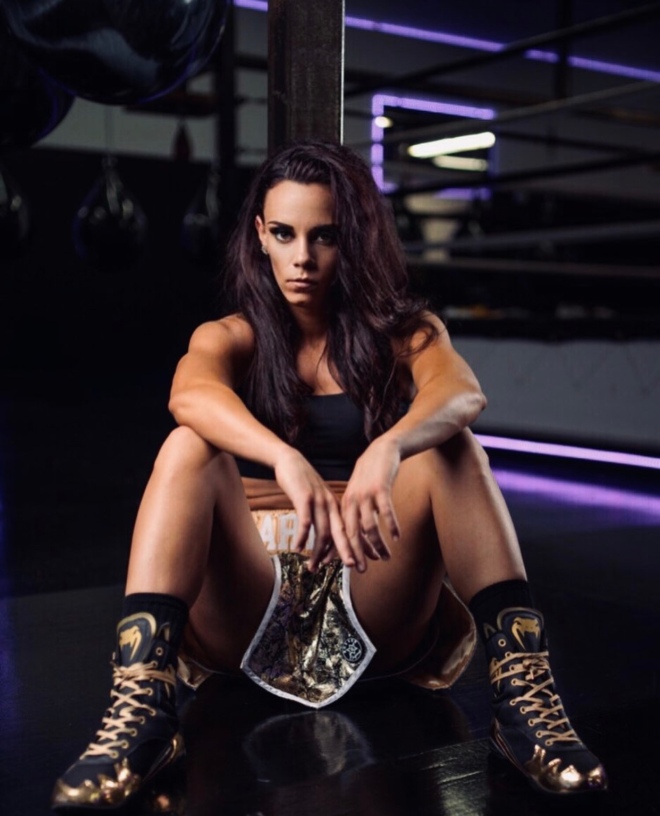 Said Peter Kahn, “Jasmine is a hard hitting, extremely athletic fighter. Although her record is 7-0, she’s still in the development phase of her career and continues to make big strides every day. Her work ethic and discipline are what is going to enable her to be a world champion. Once her boxing IQ and experience catches up to her raw and one punch knockout power, she’s going to be a big problem in the super flyweight division.”

“Before I met Peter I felt that my career had leveled out,” said Artiga. “I’ve sold a lot of tickets on local shows while winning but I wanted to broaden and step up my career. Like me, Peter’s very family oriented and he’s a man of his word. I truly believe he can elevate my career.”

A native of Tampa, FL where she excelled in sports in high school, Artiga started boxing at the age of 21. Winning the National Golden Gloves, Florida State Golden Gloves and the Florida State PAL, she turned professional in May of 2017. Training in Tampa with her father and brother in her corner, Artiga spars on a regular basis with 154lb. and 160lb. female fighters.

“I’m realistic about where my career is, playing a little catchup. But, I’m getting better every day and four to five fights from now I’ll be ready for a world title fight,” continued Artiga, who also is a personal trainer and teaches boxing at a youth clinic in addition to working as strength and conditioning coach for a local high school football team.

Details on Artiga’s highly anticipated return to the ring will be announced shortly.