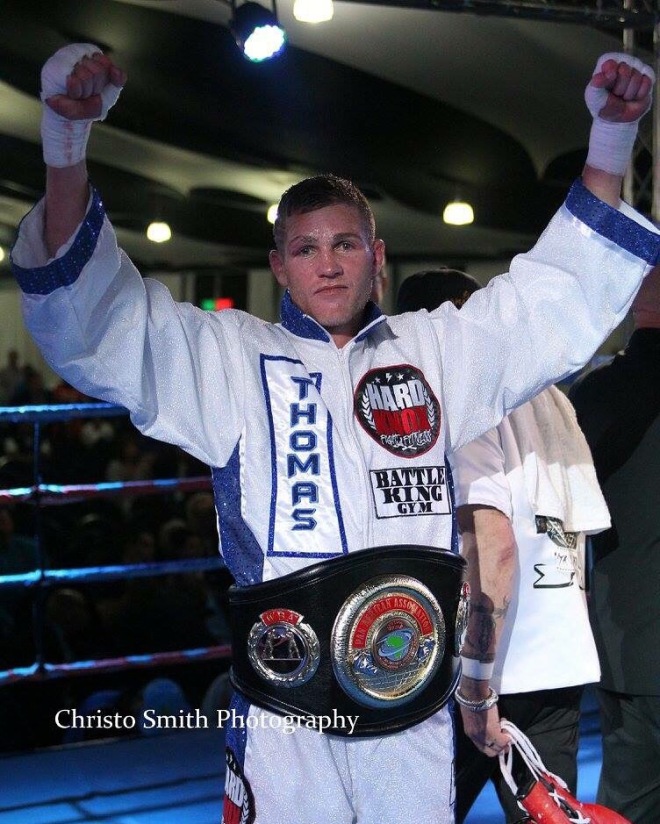 The main bout of the evening. Light Heavyweight Southpaw Thomas “Tommy Gun” Oosthuizen (26-0-2, 15 KO’s) vs Daniel “Billy The Kid” Bruwer. From start to finish an action packed fight, with both fighters giving as well as recieving, Thomas stopped Daniel in the 9th round via TKO victory to win the WBA Pan African Light Heavyweight Title. 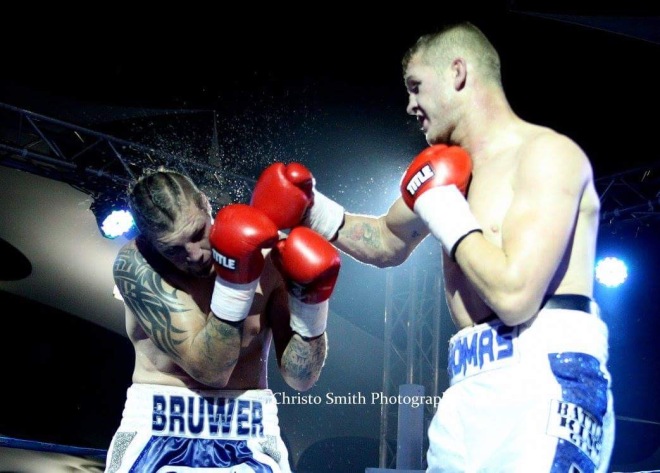 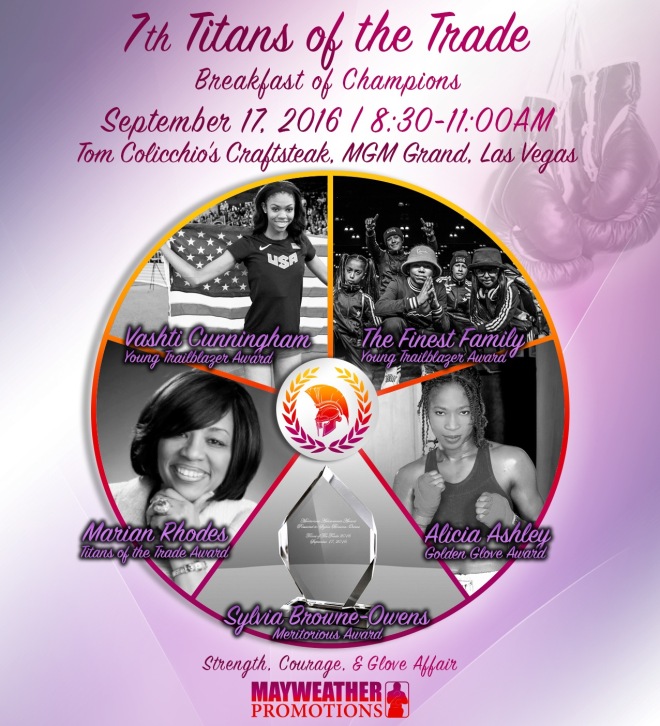 Las Vegas – For the 7th consecutive time, Mayweather Promotions’ staff prepares to leave its mark as the next installment of the signature event: Titans of the Trade Breakfast of Champions is set to take place on Saturday, Sept. 17 at Tom Colicchio’s Craftsteak restaurant inside the MGM Grand in Las Vegas. The theme- Strength, Courage, and Glove Affair-exemplifies the mission of the event: to inspire, support, connect and build a strong community of professionals who aspire to impact the sports and entertainment industry. Click HERE to purchase tickets to the breakfast.

Theprevious Titans of the Trade honorees included the first female coach in the NFL Dr. Jen Welter, Floyd Mayweather’s mother Deborah Sinclair and longtime female boxing judge Patricia Jarman. The Golden Glove Award was honored to Deborah Sinclair, one of the prominent figures Floyd often attributes his extraordinarily successful career to. The Meritorious Award was presented to Patricia Jarman for her contributions to the boxing industry as a judge, amongst many other accomplishments. Dr. Welter culminated the event with an inspiring speech as she accepted the Titans of the Trade Award, who spoke about the power of achieving one’s goals, not being afraid to pave your own way and the close bond that sports creates amongst people from all walks of life.

This September, the breakfast is set to return with greatness as it embodies the achievements of the esteemed professionals highlighted during the event, demonstrating that the industry is connecting, growing, and diversifying. Highlighted honorees include, The Finest Family (also known as the Monster Kids), Alicia Ashley, Vashti Cunningham, Marian Rhodes and Sylvia Browne-Owens.

Young Trailblazers Award recipient – The Finest Family, are a group of siblings coming from the windy city of Chicago, whose passion is to dance and entertain. The Family had been through many obstacles in life has overcome the odds from having once been homeless, to gracing the stage of national television.

Golden Glove Award recipient – Alicia “Slick” Ashley has broken down barriers, and her success inside the squared-circle has lad to international recognition, being televised more than 10 times worldwide. Ashley’s notable career highlights are extensive, with her most recent achievement being obtaining the 2015 WBC World Super Bantamweight World Champion title, becoming the oldest female boxer to hold a world title.

Young Trailblazers Award recipient- Vashti Cunningham has taken the world by storm after earning her first opportunity to participate in the Olympics this summer. 2016 has been a breakthrough year for her after graduating from Bishop Gorman High School in Las Vegas; the teenager set the new national high school record, jumped a mark equivalent to #3 in the world and World Youth Best, signed a deal with Nike, and turned professional all before the age of 18.

Titans of the Trade Award recipient – Marian Rhodes works behind the scenes for the Arizona Diamondbacks and has re-developed their human resources functions while reinforcing a workplace culture where the some of best and brightest in the sports industry want to work; she implemented programs that invested in the employees throughout the organization, which resulted in the D-backs being named one of the “Best Places to Work” in Phoenix, becoming the first sports organization to win such an honor.

Meritorious Achievement Award recipient – Sylvia Browne-Owens is the President of Boxing Operations for Haymon Sports, LLC- the creators of Premier Boxing Champions-a television series launched in 2015 that made the professional sport of boxing accessible to the public by bringing it back to national television after 30 years. Browne-Owens is an unstoppable force that is not afraid to strive for success in a male-dominated sport and takes great pride in being acknowledged as “the woman behind the most powerful man in boxing,” Al Haymon.

In addition, the event will be emceed by the beautiful and multi-talented star of HBO’s Ballers, Jazmyn Simon, who graces the stage for the second time and shares an inspirational story of a struggling actress who after over 200 different auditions finally landed her big break. 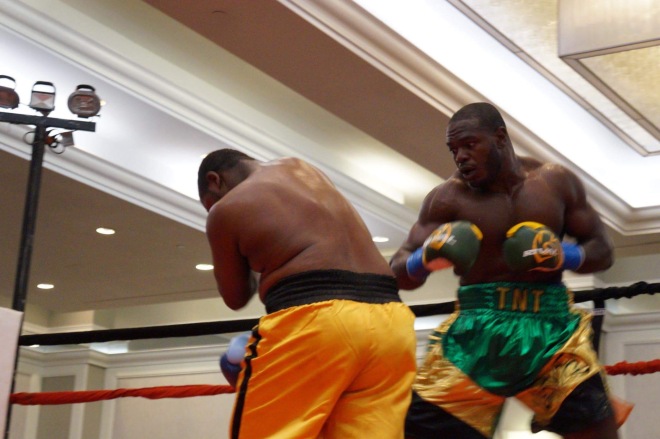 Heavyweight Lenroy “TNT” Thomas (20-4, 9 KO’s) stops Grover Young from Memphis,TN. with a devastating hook to the body ending Young’s night at the official time of 2:49 seconds of round four by KO victory. 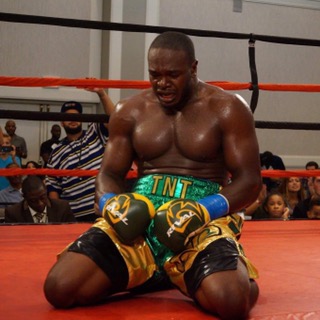 A weary-looking Young sags into the ropes as Thomas tags him with a hard right long hand keeping the pressure on Young early on. Thomas stepped up giving Young trouble puncher getting harsher as Thomas stepped on the gas ending the contest in the 4th round. 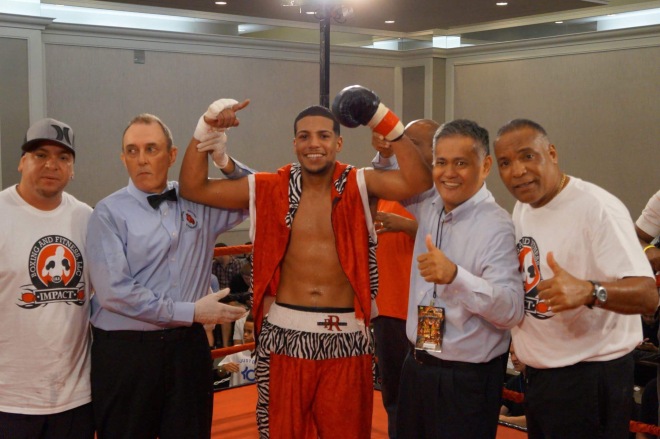 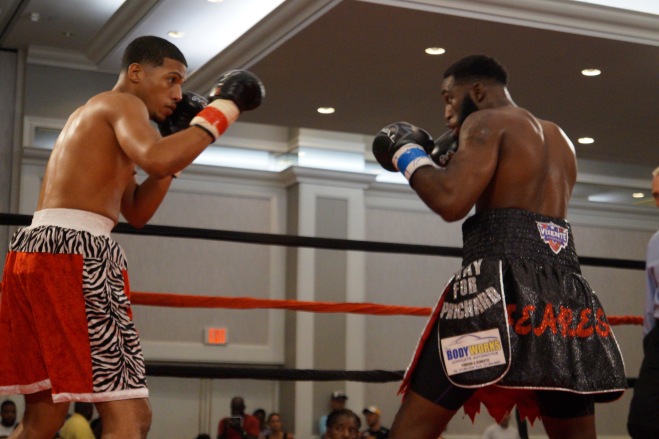 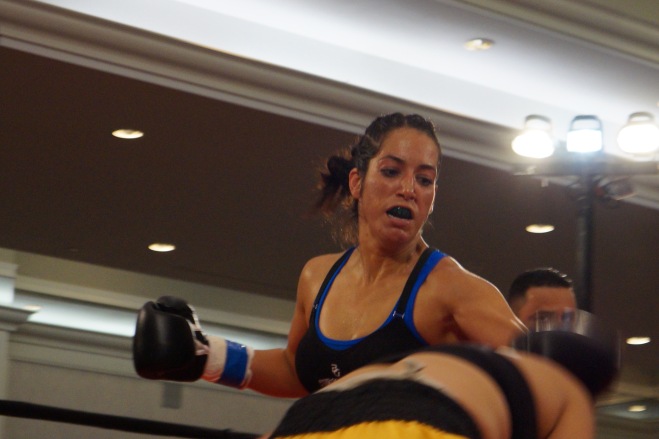 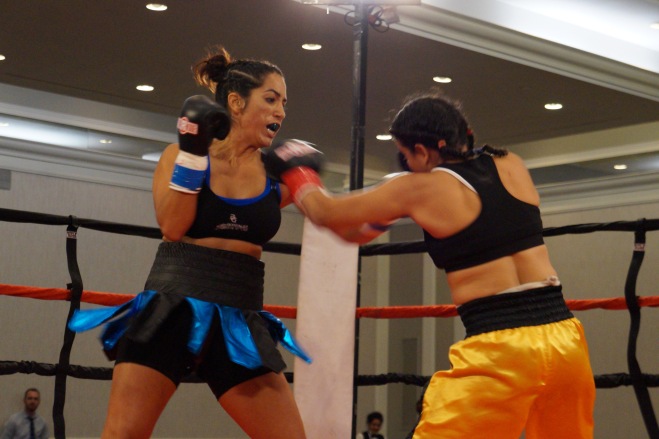 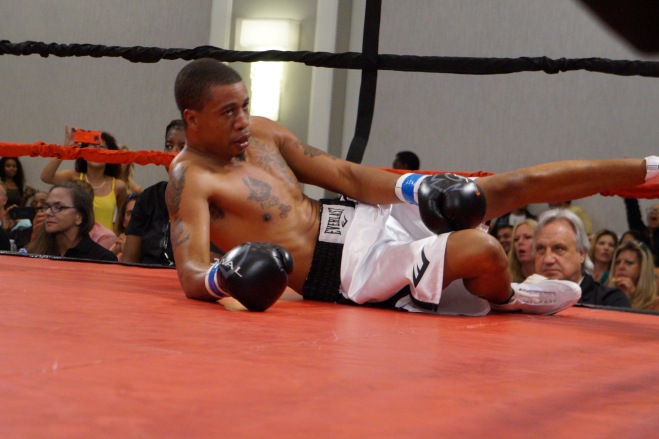 Ramon Barber from Pittsburg, KS. Wipes out local Arnold Hill at the official time of 2:06 of round one by KO victory. 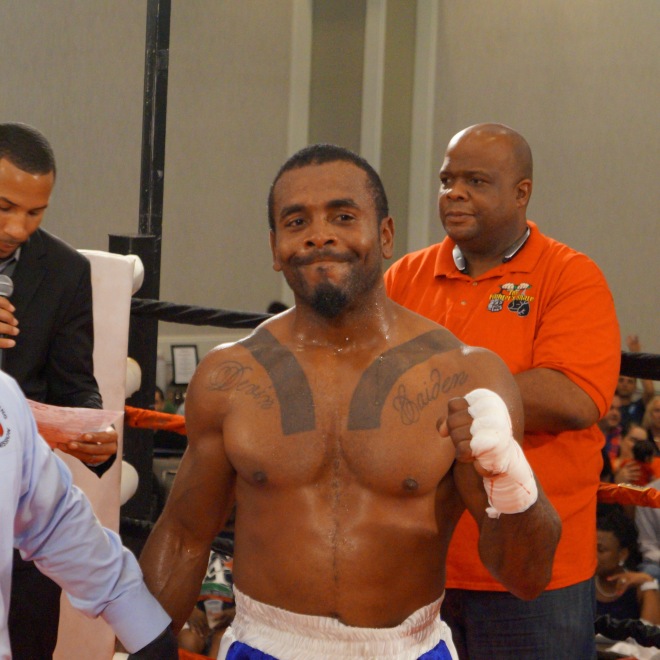 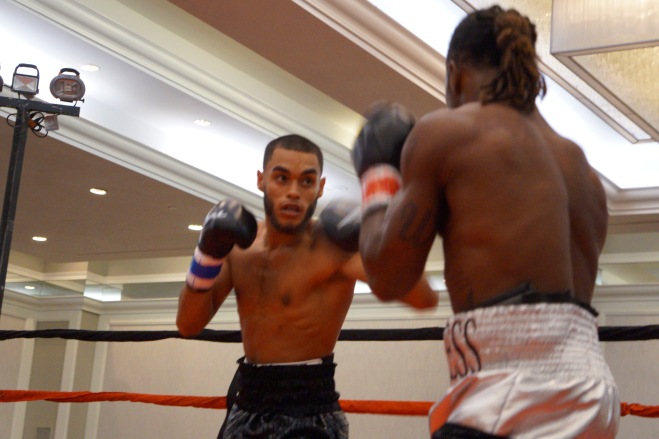 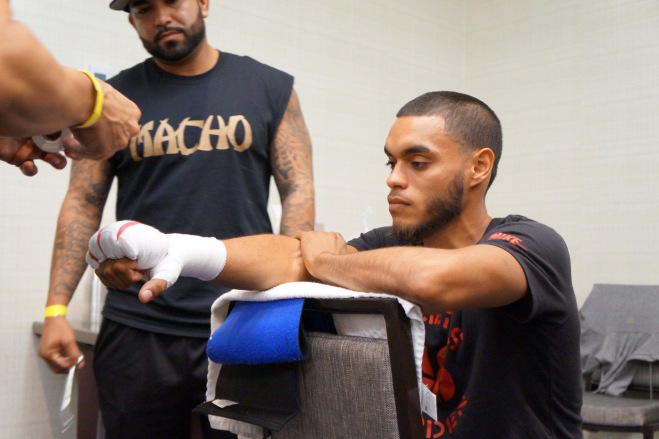