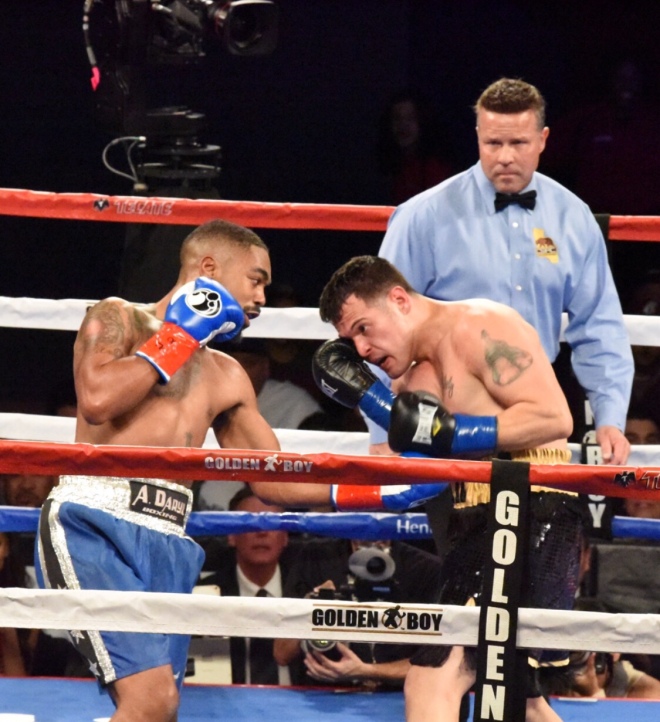 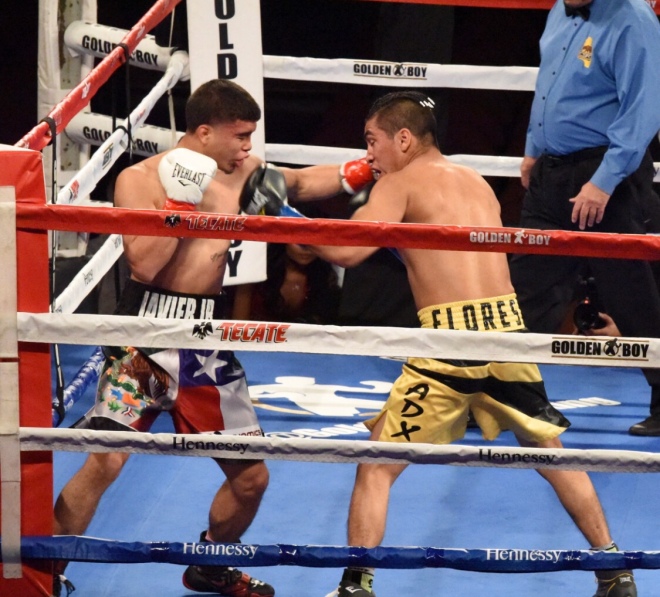 In the opening bout of the night Featherweight Javier Martinez, Jr. (5-0, 3 KO) after hitting the canvas with a flash knockdown in round one got up from the floor and took Danny Flores (11-10-1,5 KO’s) to six rounds of war out-slugging him to a unanimous decision win judges official scores 59-55, 58-55 (2x) for Martinez, Jr.

Martinez Post Fight quote: “I am not proud of my performance, it was really hard to adjust and get into the rhythm of things,” said Javier Martinez. “This sport is all about taking steps forward, and I just have to take from all my mistakes and improve from this point.” #MatthysseKiram is a 12-round fight for the vacant WBA Welterweight World Championship and is presented by Golden Boy Promotions in association with Arano Box and Galaxy Promotions. #LinaresGesta, a 12-round fight for the WBA and Ring Magazine Lightweight World Championships, is presented by Golden Boy Promotions in association with Teiken Promotions. The event is sponsored by Tecate, “THE OFFICIAL BEER OF BOXING,” Hennessy “Never Stop, Never Settle,” and Casa Mexico Tequila. The event will take place Saturday, Jan. 27, 2018 at the ‘Fabulous’ Forum in Inglewood, Calif. and will be televised live on @HBOBoxing After Dark beginning at 10:30 p.m. ET/PT. The non-televised undercard action will be streamed live on RingTV.com beginning at 3:05 p.m. PT/ 6:05 p.m. ET. @goldenboyboxing @oscardelahoya @makeawar @marylynaceves @monicasears @class56ramiro 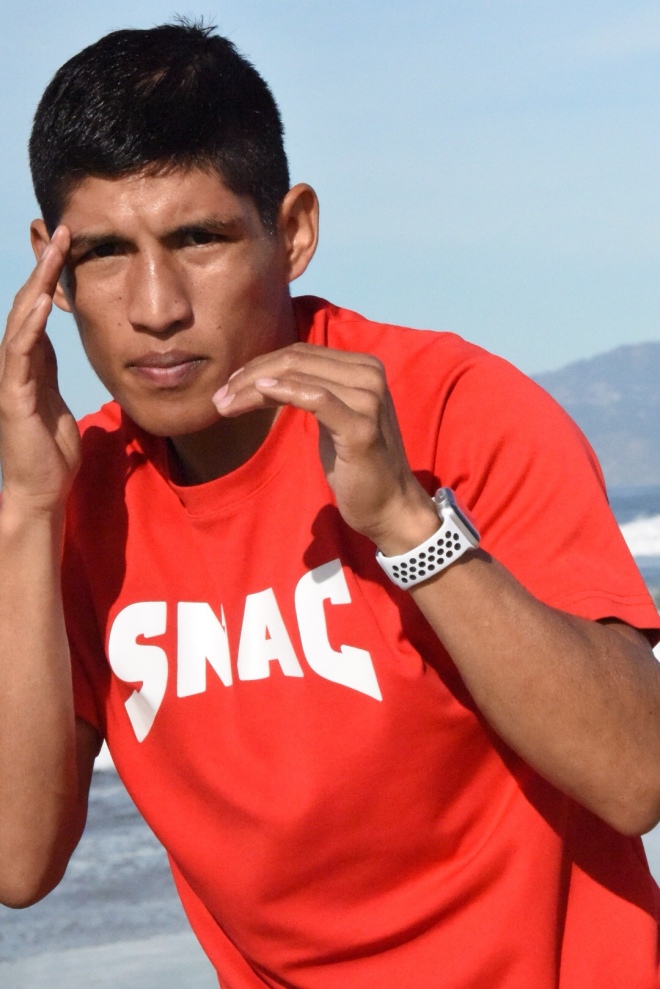 Philadelphia, PA. – In the main event last night’s The Real Deal Boxing Promotions event at the Sugar House in Philadelphia, PA. hard hitting Steven Ortiz (8-0, 3 KO’s) @steven_215 from Philadelphia stops Joshua Davis (11-3, 5 KO’s) at the official time of 2:21 seconds of round one by TKO putting Davis down three times in a easy victory Ortiz winning the WBF Lightweight championship.

Matthysse vs. Kiram and Linares vs. Gesta held a final press conference today ahead of the explosive Golden Boy Promotions card that will take place this Jan. 27 at the “Fabulous” Forum in Inglewood, Calif. In the first part of this spectacular main event, former interim WBC Super Lightweight Champion Lucas “La Maquina” Matthysse (38-4, 35 KOs) of Chubut, Argentina will take on undefeated Thai superstar Tewa Kiram (38-0, 28 KOs) in a 12-round battle for the vacant WBA Welterweight World Championship. In the second main event, Jorge “El Nino De Oro” Linares (43-3, 27 KOs) will face Mercito “No Mercy” Gesta (31-1-2, 17 KOs) in a 12-round defense of his WBA and Ring Magazine Lightweight Titles. The event will be televised live on HBO Boxing After Dark beginning at 10:30 p.m. ET/PT.

“I’m very thankful that I’m fighting for a world title this Saturday against Lucas Matthysse. I’m looking forward to winning a world and taking the belt back to Thailand. Don’t miss out on this great show.”

“Thank you for this opportunity, Mercito Gesta. I’m ready. I’m here to give a good fight. I trained in Japan, and I trained here in the states. I’m not thinking about any other fight right now. Gesta is a tough fighter. He’a a quick southpaw who is dangerous. It’s very important to be victorious this Saturday. Bigger and better things will come with a victory this Saturday.”

“I just want to say thank you to the media and to HBO. This Saturday I’ll be coming to take home the title. I’ve been training hard for this fight. This is my second shot at a title, and I’ll make the most of it with a knockout victory.”

“Lucas Matthysse is the type of fighter I like to train. He’s aggressive. He has heavy hands. I’m committed to taking advantage of this opportunity–the opportunity that he has to win a world title. This Saturday you will see a new Lucas Matthysse.”

“The time has come for Lucas Matthysse. He is the face of Golden Boy Promotions and Arano Box. I’m confident that Argentina will come to a standstill this Saturday night. The world will celebrate and applaud Matthysse’s victory.”

“Tewa [Kiram] is number one. He didn’t get there by luck. He worked hard for this opportunity. Tewa is taller and stronger. We are definitely not the underdog, and you will see that this Saturday.”

“This Saturday will be important because it is the first boxing event of international proportions. I want to thank our partners at HBO working with us to make yet another great card, and the Forum for one again hosting another Golden Boy fight. This Saturday we will have some of our most exciting fighters in tough fights on our undercard, and it will be headline by two spectacular matchups.” 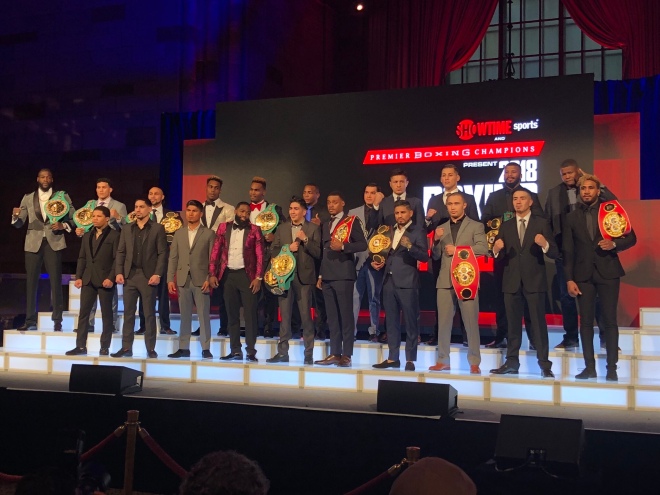 Here’s the fights and dates announced:

May 19: Adonis Stevenson vs. Badou Jack 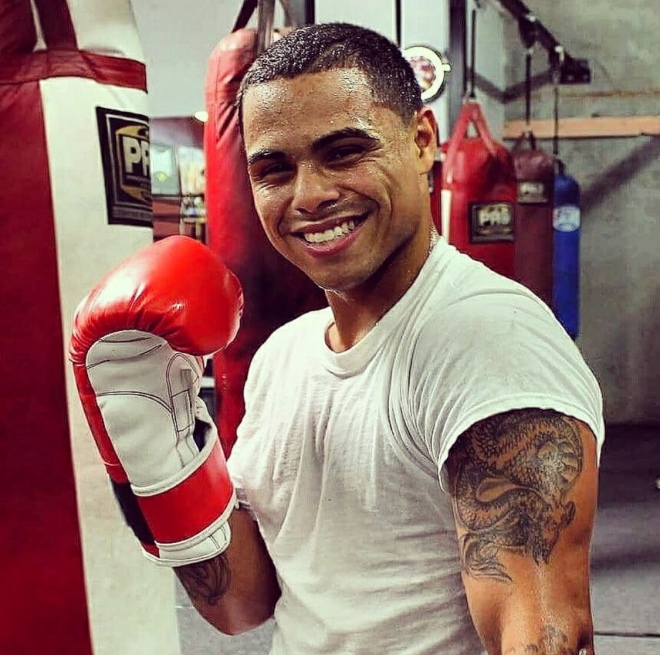 Fighting out of Danbury, Connecticut, Bordoy (3-0, 1 KO) faces Puerto Rican-born opponent, Alexander “El Bravo” Picot (2-4-1), in a four-round bout. “My opponent is tough, and he always comes to fight,” Bordoy said. “He keeps coming forward and that’s going to make for an exciting fight.”

The 22-year-old Bordoy is the typical example of a volatile teenager who found his way in boxing. He was a high school football player who started boxing at the age of 17. Bordoy had an abbreviated amateur career, highlighted by his winning performance at the New England Golden Gloves as a novice boxer.

“I was a bad hot head as a kid,” Bordoy admitted. “One day, my cousin Edgardo, invited me to his gym after football practice and he beat me up. I was knocked down a few notches. I got into boxing and enjoyed watching Miguel Cotto and Mike Tyson. I even have some of Cotto’s tattoos. Now, I’m more of a boxer, like a Pernell Whitaker or Floyd Mayweather, Jr. I’m a come- forward boxer who can still brawl. I’m working on my defense and feel that making adjustments in the ring is what I do best.”

“I’m pleased to be with the right people to bring me to the top and I’m willing to do what’s needed to get there,” Bordoy added.

Bordoy, who works fulltime as a repair technician, made his pro debut last May and he fought a total of three times in 2017, his most recent last October in Worcester on an RPE-promoted show, in which he stopped 34-fight veteran Bryan Abraham in the fourth round.

“We enjoy working with Team Bordoy,” promoter Jose Antonio Rivera remarked. “I am proud of Omar and his accomplishments so far. He is a young, throwback fighter with a lot of potential. I see big things in his future and I am glad to see he is being guided in the right direction by his team.”

All fights and fighters are subject to change.

Part of the proceeds will be donated to the Luis Rosa, Jr. Scholarship Fund.

Keeping its yearly series tradition and earning the title as the longest running boxing show on U.S. Hispanic Televison celebrating its 30th anniversary. Promoter of the series Felix “Tutico” Zabala of All Star Boxing INC, has announced the premiere’s title fight featuring a Flyweight Showdown of Puerto Rico Vs. Mexico as Jonathan “Bomba” Gonzalez of Caguas, Puerto Rico squares off against Ricardo “Meserito” Rodriguez of Mexico City, Mexico, 10 rounds for a WBO Regional Belt.

The recent natural disaster of Puerto Rico has left many on the Island devastated. As everyone continues to recover,Jonathan “Bomba” Gonzalez(19-2-1 12KO’S) who recently signed with All Star Boxing Inc, has used the disaster as a motivation to fight for all those who have been affected and is ready to make his Telemundo debut. Nicknamed “Bomba” because of his past explosive knockouts, he is looking to bring the same power he has used in the past come February 23rd.

Meanwhile, Mexican title contender Ricardo “Meserito” Rodriguez(16-5-0 5 KO’s) looks to erase his past 2 performances, losing by 6th round Knockout to superstar Naoya “Monster” Inoue and later dropping a 10 round unanimous decision to Daniel Lozano. Rodriguez has decided to take his career in a new direction by campaigning in the Flyweight division and wants to extend his undefeated winning streak versus Puerto Rican fighters hosting a 5-0 record in regional title fights.

Tickets: Ohpark.com or at the Box Office/ ticketmaster.com

In a the opening bout at the Barclays Welterweights Keeshawn Williams (1-0-1, 1 KO) battles Denis Okoth (1-0-1, 1 KO’s) in a very competitive majority draw