By Will Alenjandro – THE RING MAGAZINE: Every so often, one comes across a fight so well-matched that it will produce pulse-pounding action no matter how many times it takes place. Here’s hoping that Wilky Campfort versus Decarlo Perez will become a series, for their eight rounds of pulse-pounding action was a treat that should be experienced again and again.

For a fight that featured no knockdowns or violent shifts of momentum, Campfort-Perez was as good as boxing gets. The stylistic battle lines were drawn immediately – Perez the boxer and Campfort the slugger – but what made this fight special was the combination of high-octane pace and excellent technique. Their exceptionally fast punches were delivered in tight, highly disciplined arcs and despite the incredible punishment each man absorbed they somehow managed to amp up the pace in the late rounds.

Like Mchunu-Durodola, Campfort-Perez managed to defy conventional and statistical wisdom. First, Campfort, a Florida-based Haitian, emerged with the split decision victory over the local fighter. And second, Campfort prevailed despite throwing fewer punches (646-725 overall) and landing far fewer (237 to 300 overall, 14-62 jabs and 223-238 power).

So how did Campfort raise his record to 16-1(9) while dropping Perez’s to 11-3-1 (4)? Effective aggression and heavier punching.

By plowing forward every second of every round, Campfort made Perez look as if he was swimming upstream even though more of his punches were getting through. That counts in closely contested rounds that require judgments beyond the usual, obvious ones. Campfort’s thumping punches trumped Perez’s scientific sharpshooting in the eyes of two judges while Perez’s more diversified attack impressed one of the jurists.

The CompuBox statistics further illustrated how good a fight this was. The normal junior middleweight averages 58.2 punches and 17.9 connects per round. Campfort averaged 80.8 and 29.7 while Perez averaged 90.7 and 37.5. The typical 154-pounder uncorks 33.6 power punches and 12.5 power connects per round and again they far exceeded those thresholds (62.6 and 27.9 for Campfort, 58.1 and 29.8 for Perez). Despite their elevated activity levels, they also were exceptionally accurate. Perez landed 41 percent of his total punches to Campfort’s 37 percent and 51 percent of his power shots to Campfort’s 45 percent.

Finally, as punishing as the pace had been in the first six rounds they improbably kicked it up in the final six minutes. Perez, who had been averaging of 36 of 88 overall in the first six rounds, went 42 of 98 in rounds seven and eight while Campfort (26 of 74 over the first six) surged to 38 of 95 in round seven and 44 of 109 in round eight, the latter of which were his highs for the fight in both categories. Moreover, in rounds seven and eight Perez went 72 of 143 (50.3 percent) In power punches while Campfort was 78 of 162 (48.2 percent). In that category, Perez and Campfort did more in two rounds than Mchunu (69 of 142) and Durodola (58 of 178) achieved in their entire 10 rounder. 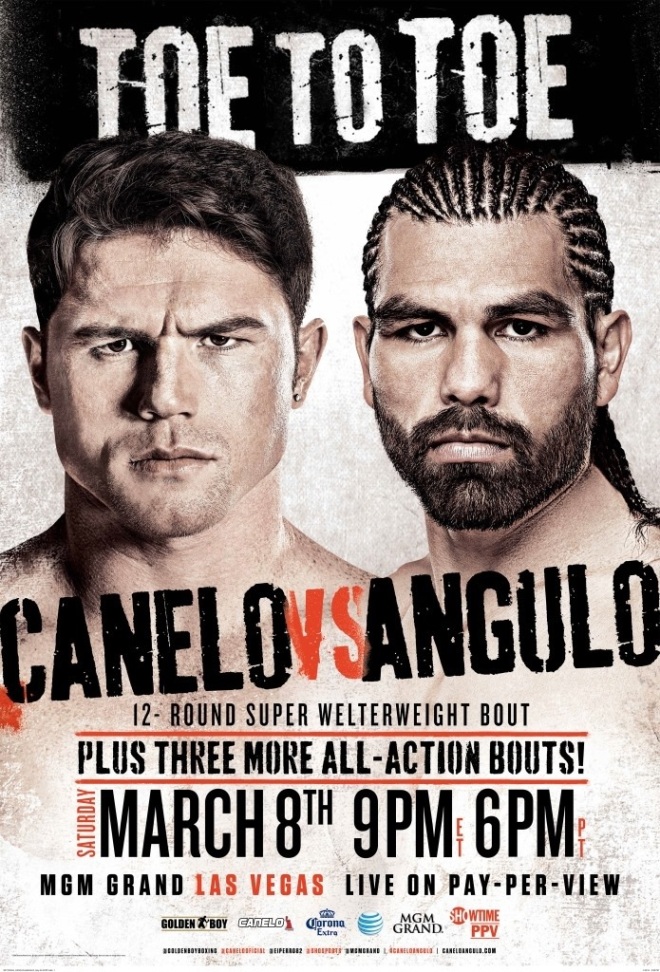 TOE TO TOE: Canelo vs. Angulo,” a 12-round super welterweight fight taking place Saturday, March 8 at the MGM Grand Garden Arena in Las Vegas, is promoted by Golden Boy Promotions and Canelo Promotions and sponsored by Corona and AT&T. Carlos Molina vs. Jermall Charlo is presented by Golden Boy Promotions in association with Warriors Boxing. This event will be produced and distributed live by SHOWTIME PPV beginning at 9:00 p.m. ET/6:00 p.m. PT. The event can be heard in Spanish using secondary audio programming (SAP).

The undercard is shaping up for the Julio Cesar Chavez Jr. vs Bryan Vera rematch on March 1 at the Alamodome in San Antonio, Texas. As previously announced, the much anticipated co-feature is WBO featherweight champion Orlando Salido defending his title against Vasyl Lomachenko.

St. Pete,FL – @noemibosques returns to the ring on Friday, Feb 14th #ValentinesDayBrawl at The Doubletree Westshore in Tampa, FL. as the feature bout of the night. 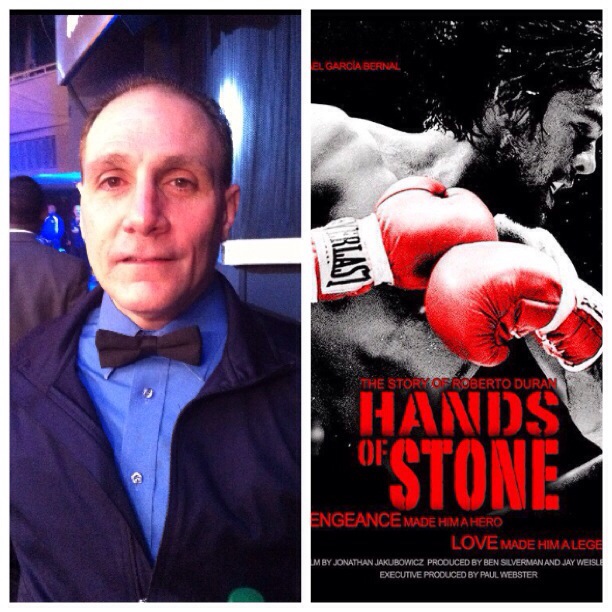 Gary Rosato – Professional Referee for Pennsylvania Athletic Commission plays Actor –
Johnny LoBianco who was an American boxing referee for over 30 years, who was referee for a number of championship fights, including several that ended controversially, most notably Roberto Durán’s successful 1972 dethroning of Ken Buchanan in which LoBianco ruled Durán the victor by knockout despite having appeared to have hit Buchanan with a low blow.

Follows the life of Roberto Duran, who made his professional debut in 1968 as a 16-year-old and retired in 2002 at age 50. In June 1980, he defeated Sugar Ray Leonard to capture the WBC welterweight title but shocked the boxing world by returning to his corner in the November rematch, saying ‘no mas’ (no more). @HandsOfStoneMov

END_OF_DOCUMENT_TOKEN_TO_BE_REPLACED

Orlando Fl.- On Saturday Jan 25th, 2014 It will be another historic night of boxing at The Bahia Shrine Temple in Beautiful Orlando Fl. When Showdown in O-Town “2” The Return of The Fantastic “5” sets off.
The Fight is promoted by One Punch Boxing Promotions
OPB Promotions is one of Orlando’s fastest rising Promotional Companies to hit the scene. On March 23rd, 2013 they promoted one of the most exciting Pro Boxing events ever held in Orlando Fl. The Venue was The Beautiful Bahia Shrine Temple. Promoter Roy Cruz believes that this event will be undoubtedly one of the biggest and most exciting fight cards in Orlando Fl.
The only other fight card that has been bigger then anything OPB Promotions has done in Orlando was the Oct 5th 2013 Miguel Cotto fight card that was viewed on HBO. We were happy to be able to work side by side with Top Rank and the Cotto Organization and to be apart of that fight card with some of our young fighters who were added to the Cotto undercard do to there popularity. said Promoter Roy Cruz.
But come Jan 25th them fighters and there popularity will follow them back to the Bahia Shrine
“This is a fight fan’s dream fight card said Promoter Roy Cruz
“With so many Young rising prospects like Puerto Rican Middleweight Moises Carrasquillo Jr. 4-0(3K.O’s) Who has proven to be a force in the middleweight division.
Also in action that night will be 2 time World Tilte Contender and one of Puerto Rico’s Brightest Stars Francisco”Da Wizard”Palacios will make his return to the ring after a 16 month layoff.
Da Wizard said hes happy to be back in the ring in front of his new found home of Orlando Fl. but will never forget where he’s from and will wave his flag high when he step’s back into the ring.
Undercard Will Feature Prospects

And many more to be added to such a great fight card.