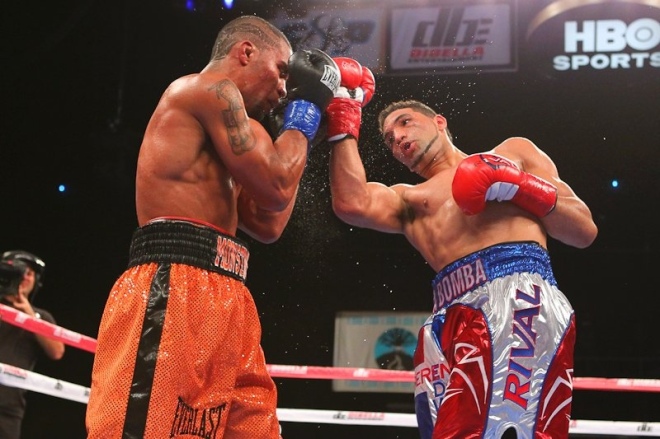 “Road To Glory” was promoted by DiBella Entertainment, in association with Joe DeGuardia’s Star Boxing and Gary Shaw Productions.

Rodriguez came out after the first bell throwing bombs and nearly dropped a game Escalera on several occasions, winning 10-8 on all three judges’ scorecards, and the dynamic Dominican living in Worcester (MA) never let up in his first United States Boxing Association (USBA) title defense. He won every round convincingly, showcasing his entire arsenal in the process. Rodriguez is closing in on a major fight, if not a world title shot, and is rated No. 3 by the World Boxing Council (WBC), No. 4 by the International Boxing Federation (IBF), No. 8 by the World Boxing Association (WBA), and No. 9 by The Ring Magazine.

“I was surprised he got out of the first round,” Rodriguez admitted. “He’s definitely a strong kid; tough with raw power but easy to predict. We want any of the top 10 guys, definitely (Kelly) Pavlik. I wanted to send a message and I think my performance speaks for itself.”

“That was the offensive machine Edwin can be that you didn’t see against Donovan George,” Rodriguez’ ecstatic promoter Lou DiBella noted. “He fought a tough kid with an iron chin. He’s ready for Pavlik at 168, or (Lucian) Bute or (Jean) Pascal at 175. I hope HBO brings us the biggest fight because Edwin is ready to step up and be a star.”

“I’m back,” Darchinyan exclaimed. “I feel good at this weight; I feel strong. I worked very hard. He’s a tough kid. I just felt I was in a different class than him.”

“I’m disappointed,” Del Valle remarked. “He’s extremely awkward. I let him impose his style and he got his confidence early. Every time I went inside, he held me. My hat’s off to him. He was the better man tonight.”

Sporting a combined record of 57-1-2 with 25 knockouts with three world championships in two weight classes, WBC Super Bantamweight World Champion Abner Mares of Hawaiian Gardens, Calif. and WBA Bantamweight Super World Champion Anselmo “Chemito” Moreno of Panama City, Panama prove that great fighters come in small packages. On Saturday, November 10 the sfight true boxing fans have been waiting for is here, as Mares defends his crown against a hungry Moreno who is stepping up in weight class in the SHOWTIME CHAMPIONSHIP BOXING main event at STAPLES Center in Los Angeles, Calif.

Also in action will be IBF Bantamweight World Champion Leo Santa Cruz of Lincoln Height, Calif. defending his title against an opponent to be determined and all-action slugger Alfredo Angulo facing Raul Casarez in a 12-round junior middleweight battle.

While addressing his adoring fans and media in his native country, Cotto guaranteed a victory: “Thank you all for coming today. We are very happy to see you all and (I thank you for) your great support. I can only say that I will train as hard as I can like I always do, and on December 1, I will become world champion again. I’ll guarantee you all that I will return to Puerto Rico as a champion.”

“Showdown: Cotto vs. Trout” is a 12 round battle between Four-Time and Three-Division World Champion Miguel Cottoand WBA Super Welterweight World Champion Austin Trout taking place on December 1 at Madison Square Garden in New York City. The event is promoted by Miguel Cotto Promotions and Golden Boy Promotions in association with Greg Cohen Promotions, sponsored by Corona and televised on SHOWTIME.

Tickets priced at $500, $300, $200, $100 and $50, not including applicable service charges and taxes, are on sale now and can be purchased at the Madison Square Garden Box Office, all Ticketmaster outlets, Ticketmaster charge by phone (866-858-0008) and online at http://www.ticketmaster.com or http://www.thegarden.com

The event is promoted by DiBella Entertainment, in association with Joe DeGuardia’s Star Boxing and Gary Shaw Productions. All three bouts will be aired on HBO’s Boxing After Dark, beginning at 9:30 p.m. ET/PT. 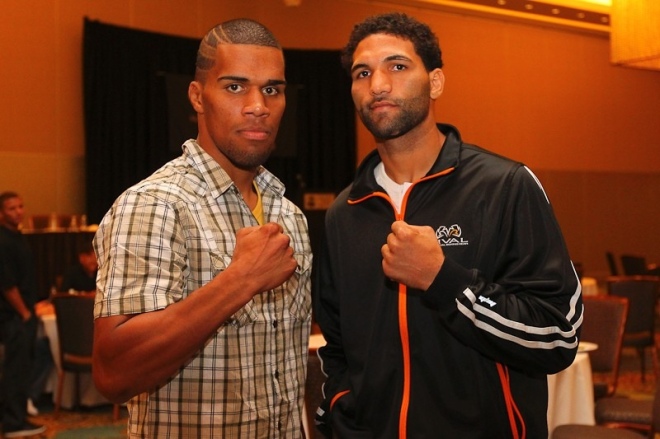 Edwin Rodriguez: “I had a good training camp in Houston. They put me through hell. I’m ready to show the world that I’m a top 10 super middleweight in the world. I know Jason Escalera is a good fighter. He’s Puerto Rican, so he has a lot of will. Saturday night I need to break him down, take his will, and knock him out. I’m going to stay in the middle of the ring and take this guy out before the sixth round.”

Jason Escalera: “I’m excited. Camp was good and I was in the ring with known fighters like Demetrius Hopkins, Joe Smith, Ossie Duran, Glen Tapia, Danny Jacobs and Curtis Stevens. I’ve been working for this day to put on a show. Lou (DiBella), I’m going to disappoint you. I gotta do what I gotta do.” 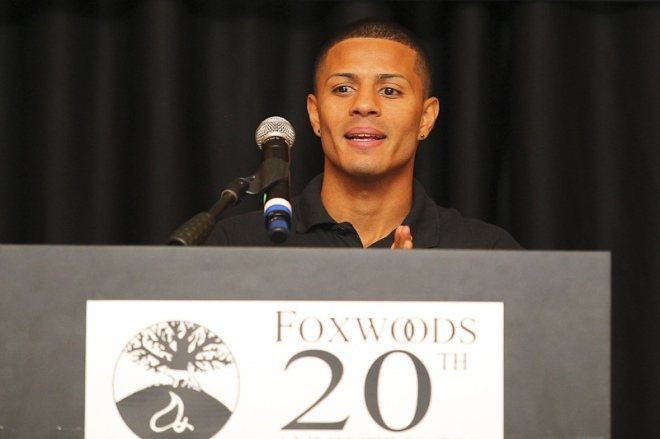 Luis Orlando Del Valle: “I’m excited. It’s been 12 years of working hard for this time and it’s finally here. I guarantee everybody in boxing will know who Luis Orlando Del Valle is. It’s an honor for me to fight Vic Darchinyan, but everybody’s time comes. This is my time to step up and Vic Darchinyan’s ends. I’ll prove it Saturday night on my way to winning a world title. This is the first of many to come.”