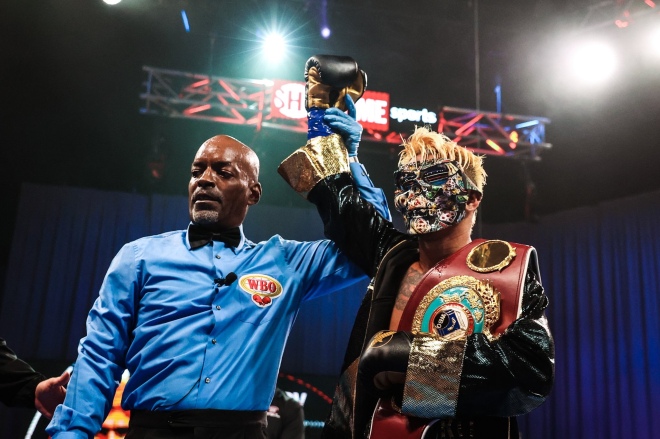 Both fighters waisted no time exchanging hard shots right from the opening stanza, Casimero getting the best of the exchange dropping Micah in round two for the life of me cannot understand how Micah survived the exchange. Casimero keeping the presser right on Micah as referee Steve Willis seen enough jumping in stooping the action at the official time .54 seconds of round three by way of TKO victory for the Champion Casimero. 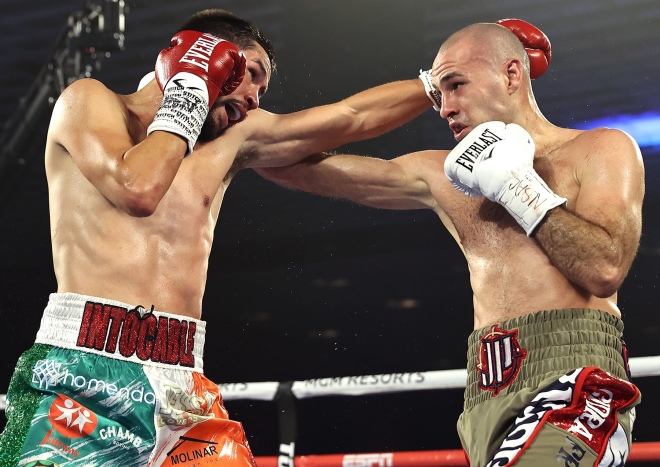 Pedraza kept the momentum going in the contest staying ahead of Molina who held his own in the fight.

Pedraza beating Molina to the punch stayed in the pocket and traded shots with Pedraza.

Pedraza impressively kept pressing placing his punches correctly in route the the decision. 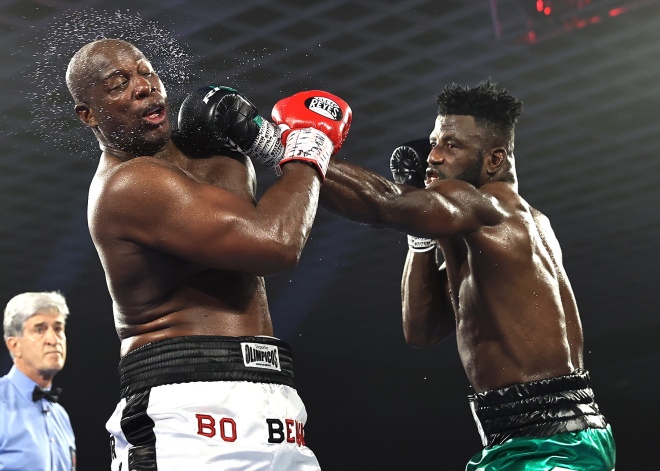 In the co-main event tonight inside the bubble Heavyweight Efe Ajagba (14-0, 11 KO) from Ughelli, Nigeria scores a ten round unanimous decision victory over Jonnie Rice (13-6-1, 9 KO) from Los Angeles, CA.

Ajagba in his Top Rank debut fight used his long arms and fights on the outside giving Rice lots of problems.

Ajagba definitely controlling the fight but hands are not disciplined hands are down after he punches. 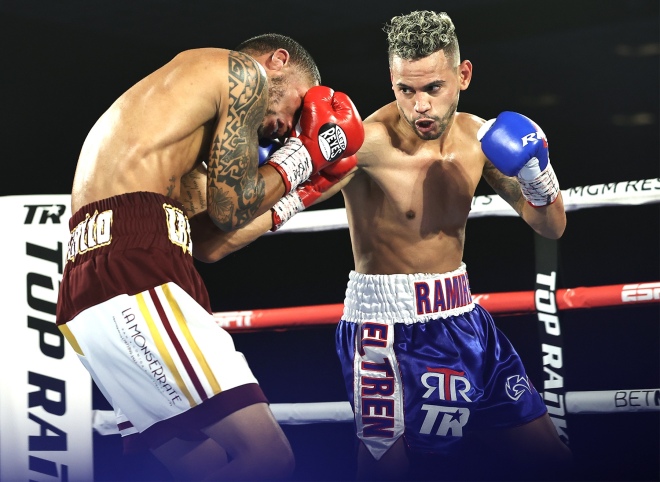 Ramirez gradually kept the pressure on Caraballo who never came up with an answer in the contest to beat Ramirez.

Ramirez places his punches correctly in the later rounds Caraballo continues to walk straight in getting caught with hard shots. 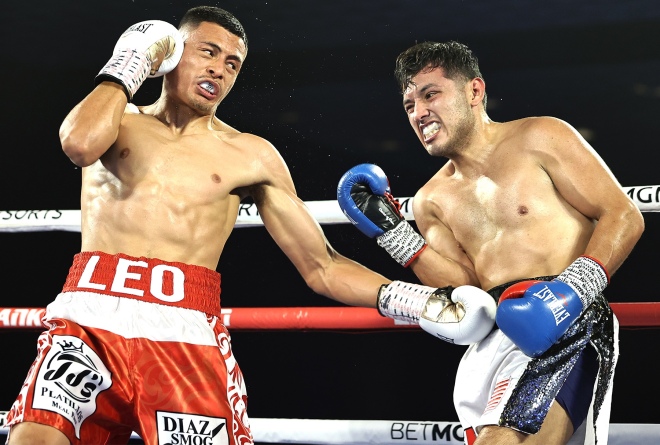 Ruiz very much so beating Solis to the punch, Solis fighting hard but continues to get tagged by the right hand of Ruiz.

Ruiz showing great power with hard shots working in the inside as we go to the judges scorecards 58-54, 59-53(2x). 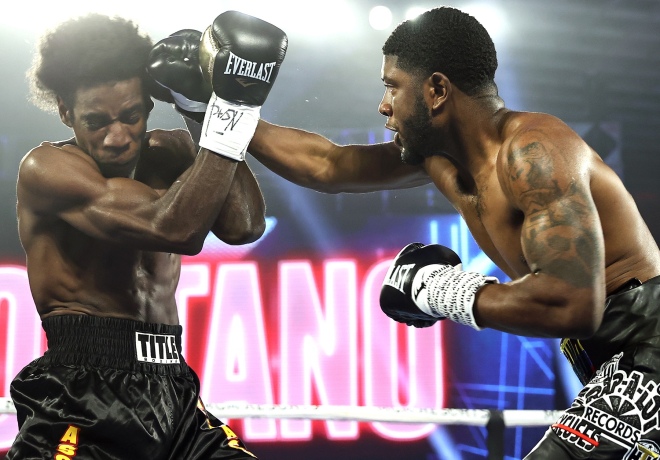 Adams giving up his height getting caught early on by hard shots from Montano.

Montano walking into counters as Adams looking to set traps steps with Montano and punches with him.

Montano showing sheer toughness keeps the pressure right back on Adams in this back and forth affair. 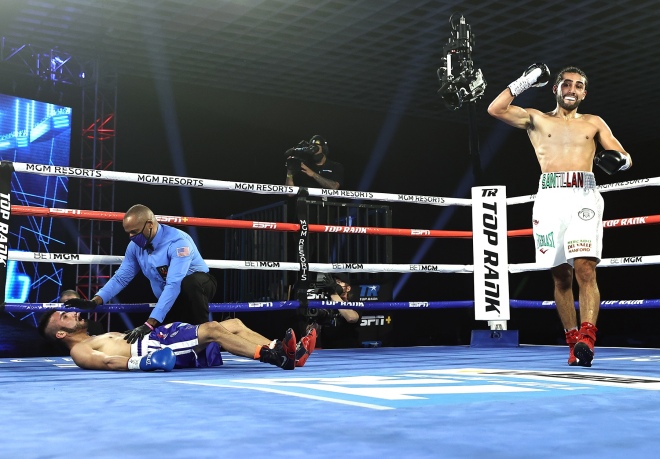 Lightweight Bryan Lua (6-0, 3 KO) from Madera, CA. destroys Luis Norambuena (4-7-1) from Talca, Chili making him fight applying a lot of pressure early on Luna sets him up with a hard combination of punches ending Norambuena night with a hard left hook that drops him to the canvas at the official time 2:27 seconds of round two by KO victory. 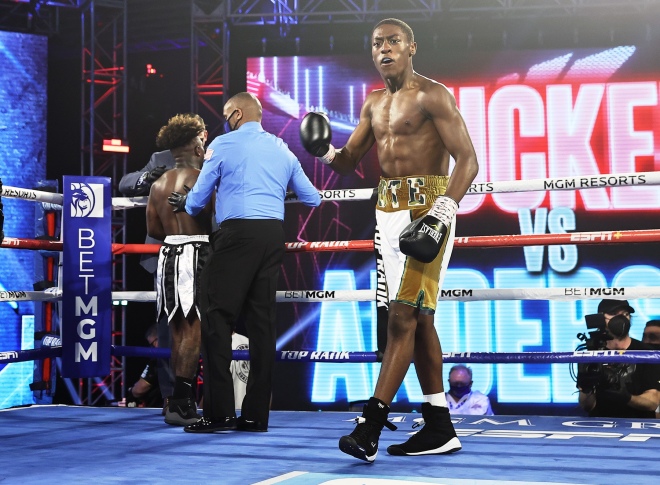 Welterweight Jahi Tucker (1-0, 1 KO) from Deer Park, N.Y. making his Top Rank professional debut starting off with a bang by jumping on Deandre Anderson (1-2) from Birmingham, AL. crushing him with hard blows fighting with good distance ending Anderson’s night at the official time 2:56 seconds of the opening round by way of TKO victory for Tucker. 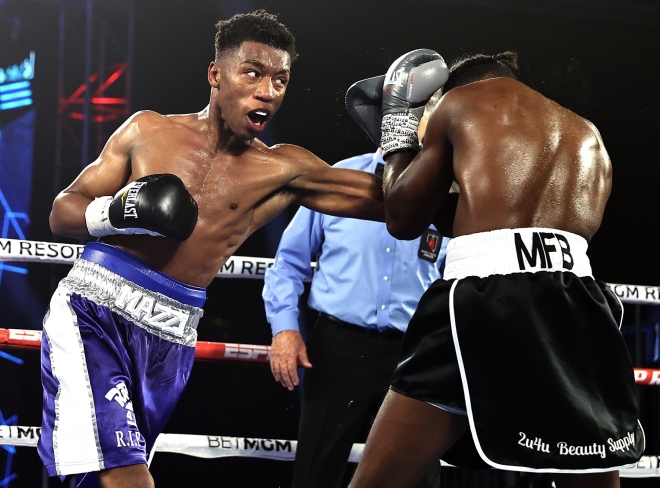 Varnell a bit behind with his attack making mistakes in fundamentals in close making himself a target as Goldston continues to score. 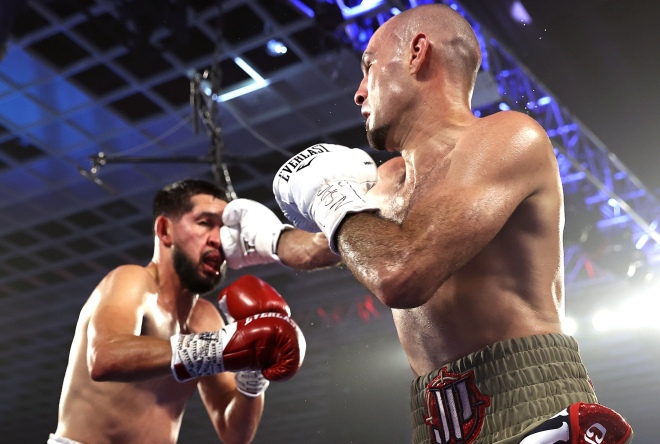 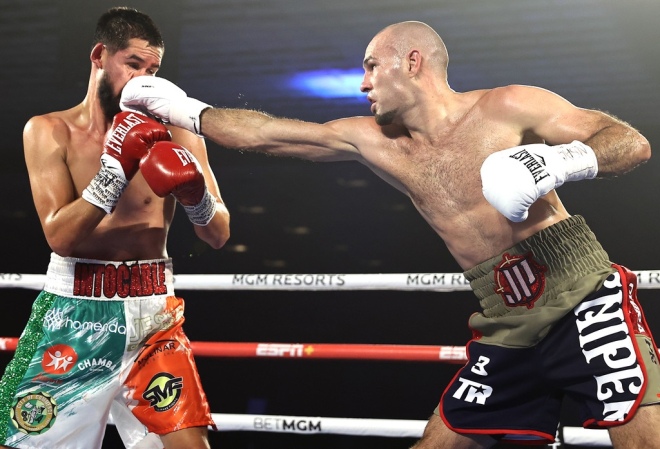