“I don’t really care what the critics say. I am prepared to give Canelo a fight on November 21st and that’s all that matters.

“I’m not here asking for any sympathy. I know who I am and I’m here to be Miguel Cotto on November 21st and give the fans a good fight.

“I have my eye on my career and this is the best fight for my career right now, so I’m ready to do what needs to be done to be on top.”

“I want this to be an historic fight. I’m honored to be fighting a true warrior.

“It’s an honor and I’m going to prepare very well because I want to win this fight.

“There’s a great history between Mexico and Puerto Rico and this is going to be an historic fight, another one for the storybooks. I have a lot of pride to be fighting for my country. It’s going to be a great fight.

“I don’t like to predict knockouts, but I’m going to be ready for this fight. I will be well prepared.

“I’m a stronger, more mature fighter. For me, the time is right for this.” 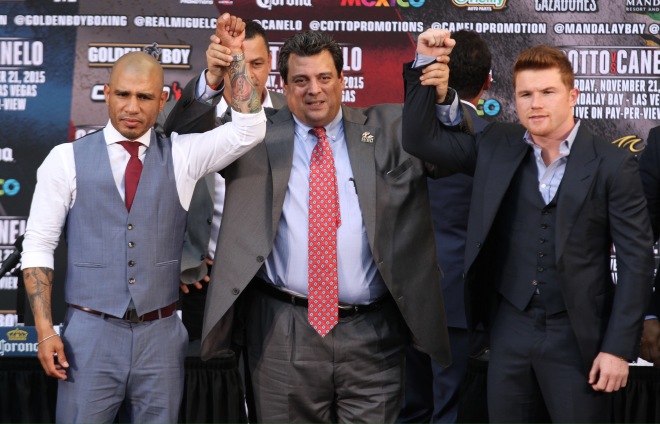 “When there is a Puerto Rican in the ring it’s guaranteed to be something exciting.It will be no different here.

“I believe Canelo has worked hard to get where he is. He’s very popular. He signs autographs. He’s very good looking, but when he gets in the ring, he’s a machine.

“When its Mexico vs. Puerto Rico, you know the blood is going to be boiling both in the ring and in the crowd.”

“Boxing fans across the globe are waiting for a fight. It’s no secret that people were disappointed by May 2nd. The global fight community will be reignited by this fight.

“This will be one of the most exciting match ups. If I had to link this to one of my own fights, I would say that it is like my fight with [Fernando] Vargas. The same energy and passion will be evident here.

“Canelo doesn’t want to prove anything here. He just wants to knock Cotto out.

“The world is talking about this fight. The rich history between Mexico and Puerto Rico makes this truly exciting.”

“This is the fight that the fans want. On November 21st we will have the ‘fight of the year.’

“Roc Nation and Golden Boy share a passion for creating the biggest fights in history. We want to give boxing fans what they deserve: a show of epic proportions.” 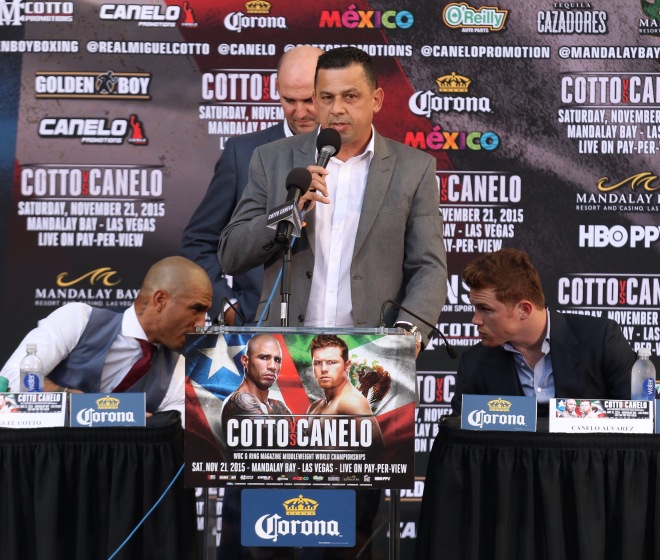 “It’s not a super fight anymore, it’s a super event!

“This is a true classic fight. Puerto Rico vs. Mexico and on November 21st, Cotto will take Canelo to school!” 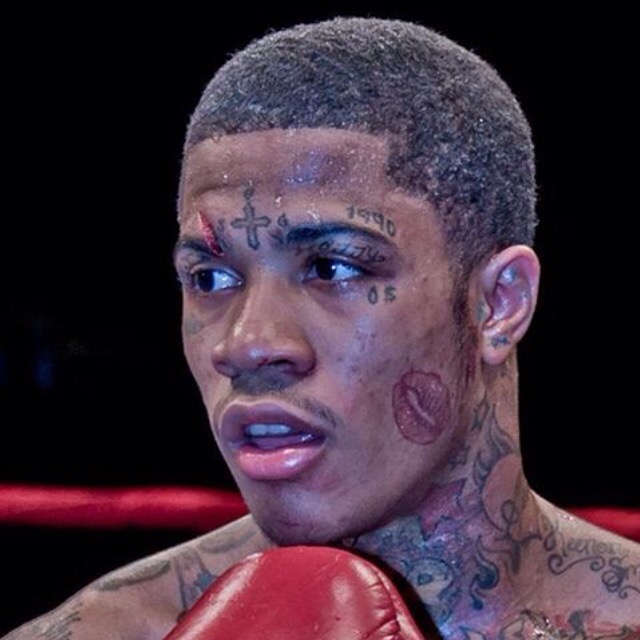 Photo credits: @keyartphoto8
Nutley, NJ – This past Saturday night at the Playground in Atlantic City, Welterweight Keenan Smith (8-0, 3 KO’s) remained perfect by scoring a 2nd round stoppage over previously undefeated Lavelle Hadley in a bout scheduled for six-rounds.

Smith landed a flurry of body and head punches that sent Hadley down to a knee for which he did not beat the referee’s count at 1:56 of round two. “He was tall but he he didin’t have much for me. It was an easy fight. I used my jab and I saw he was open for the left hand. I applied the pressure and I saw that he could not fight on the inside,” said Smith.
With the win, fans all over the country can expect to see more of Smith as he is penciled in to fight on September 18 on CBS Sports Network and November 6 on ShoBox. “I am excited. I get to show the world my talent. This is what I have been waiting for. It is a blessing. I want to thank GH3 Promotions for the opportunity to be on television. I have a lot of tricks up my sleeve that I am ready to show everyone. I also want to thank my managers D & D Management and Hotty M & M Boxing Gym.” 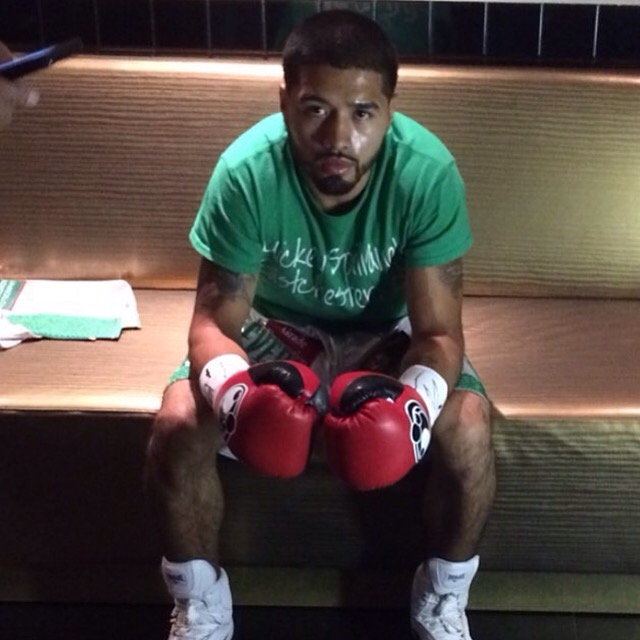