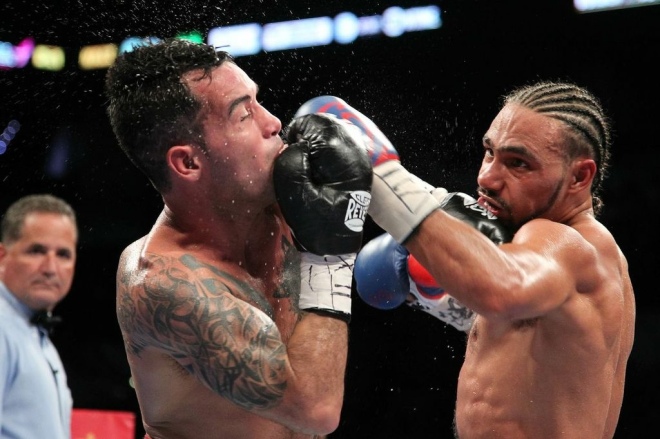 Tampa – In the Main Event at the A La Carte Pavilion in a sold out crowd RFC28 fighting for the Florida State Flyweight Championship Promoted by RFC Real Fighting Championships, Geane Herrera remains undefeated by in an electric show of attack to the grown dominating Mitchell Chamale who looked frustrated and extremely tentative. In the rematch, But didn’t led up. Chamale took a hard strike to the head that bust open a gash, Chamale gain comes back and trades with Herrera both fighters left it all in the square. Herrera wins the title by UD all 3 judges have it 30-27.

William “Billy” Quarantillo blazed right threw Howard Reece with a Arm Bar Tap Out at 1:45 of the 1st Rd.

Light Heavyweights Ronnie Philips (1-0) from Port Charlotte seals the victory over Shawn Hollis from Tampa with 1:37 of 1st Rd TKO. Philips successfully stuffed Hollis on the defensive in this fight took a devastating knee too the face followed by series of strikes that ended his campaign.

Ja Farr Fort (1-0) was the more powerful fighter in this matchup. I foresee him bullying Richard Rodriguez keeping him on his back Fort very patient breaks down Rodriguez fight was stopped at 2:57 of 2nd Rd. @rfcmma

In the Opening fight Featherweights Marcos Briones (with the cap on)from Tampa, FL. with an impressive pro debut stoping Robert Gonzalez from Lakeland, FL. with a choke .46on the cage. @rfcmma #cagewar #mma

Tomlinson steps right into the Cotto-Rodriguez undercard on Saturday, October 5th in Orlando at the Amway Center. Cotto Promotions and Top Rank are gearing up to what will be a great night of entertaining fights.

Promoted by Miguel Cotto Promotions and Top Rank, in association with Joe DeGuardia’s Star Boxing and Tecate, tickets to Cotto vs. Rodriguez will go on sale, Tuesday, July 30 at 10:00 a.m. ET. Priced at $150, $100, $50 and $25, tickets can be purchased online at amwaycenter.com, Chase® Box Office at Amway Center, Ticketmaster retail locations, charge-by-phone at 800.745.3000 or at Ticketmaster.com.

Cotto vs. Rodriguez
will take place Saturday, October 5, at the Orlando Magic, AMWAY CENTER in
Orlando, Florida., which is hosting the professional boxing event. Promoted by Cotto Promotions and Top Rank, in
association with Joe DeGuardia’s Star Boxing and Tecate.

A packed crowd of
fans on hand at the Disney Atrium inside the AMWAY CENTER, Miguel Cotto
addressed the crowd with humbling excitement to be fighting again since being
away from boxing since December, Cotto leaving for California to the Wild Card
Gym to begin his camp under new trainer Freddie Roach, Cotto looking for a
great action packed fight with Rodriguez.

Delvin Rodriguez “I
feel great” I’m exited This is a great opportunity, I am going to take full advantage
of, I’ve already started training, I think that Cotto is a warrior, But I don’t
think that I have to be looking for him, Its going to be a great fight.

The Mayor of Orlando
Buddy Dyer was also very honored and exited to have Boxing in Orlando at this stage;
He was presented a light blue boxing rope on behalf of Cotto and Rodriguez. 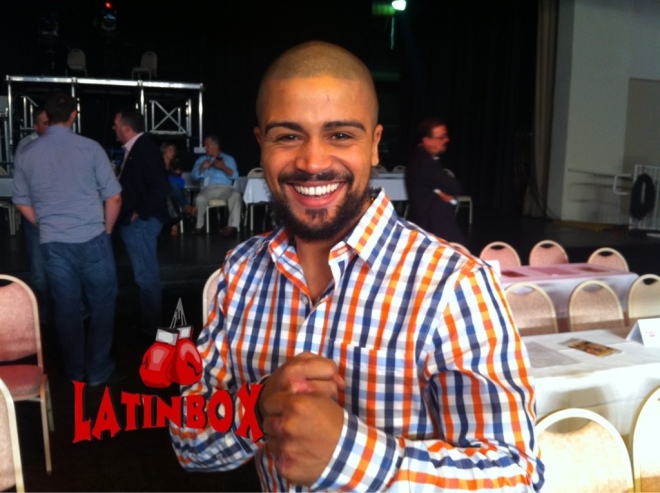