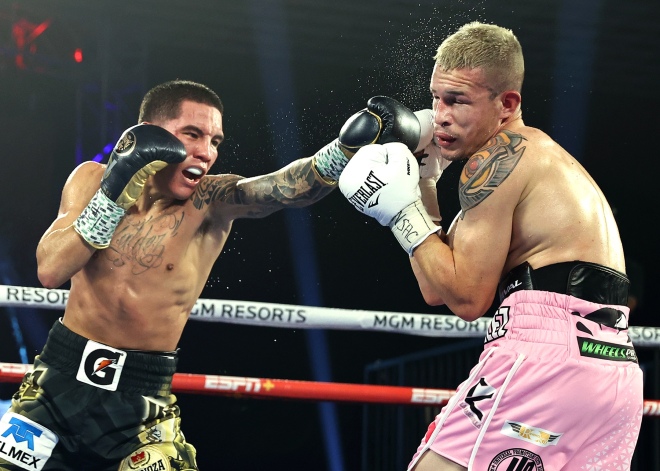 Velez fighting tall in the opening round keeping the jab on Valdez who is letting his hands go more in round three, Velez continues to keep the pressure on.

Valdez coming on strong with more aggression catches Velez with a hard shot that drops Velez to the canvas in round five.

Valdez Catches Velez dropping him twice in the final round as referee Tony Weeks waves off the fight at the official time 2:23 seconds of round ten by TKO victory for Valdez.

Live boxing is back!