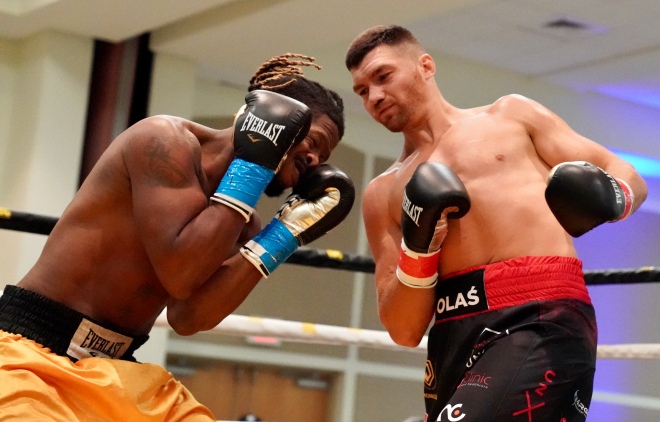 Venice, Florida – Cruiserweight Michal Olas (10-0, 9 KO) Warsaw, Poland making his debut fight in the United States waisted no time putting his punches together by pressuring Kevin Brown (2-10, 1 KO) from Florissant, MO. dropping him with hard shots twice in round one and twice in round two ending Brown’s night at the official time 1:45 seconds of round two by TKO victory.