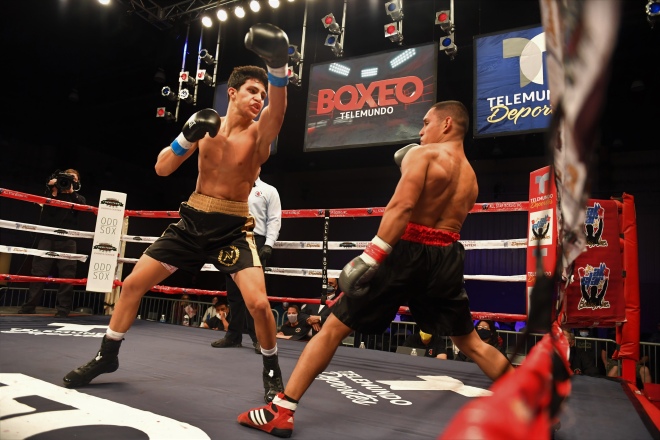 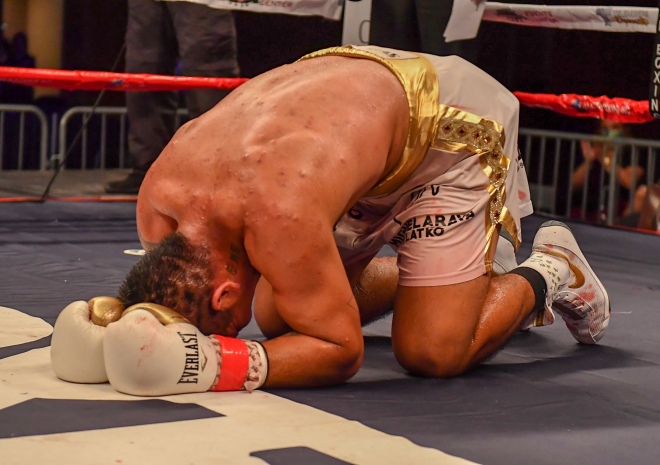 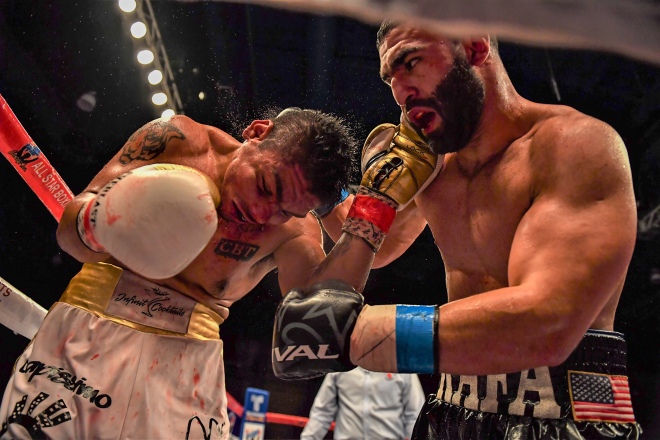 Light Heavyweight Abraham Tebes (6-0, 2 KO) from Inquique, Chile. took it to the war room battling it out in close quarters in a slug-fest against Rafael Simonyan 9-1, 8 KO) from Vanadzor, Armenia. Tebes edging out the majority decision win 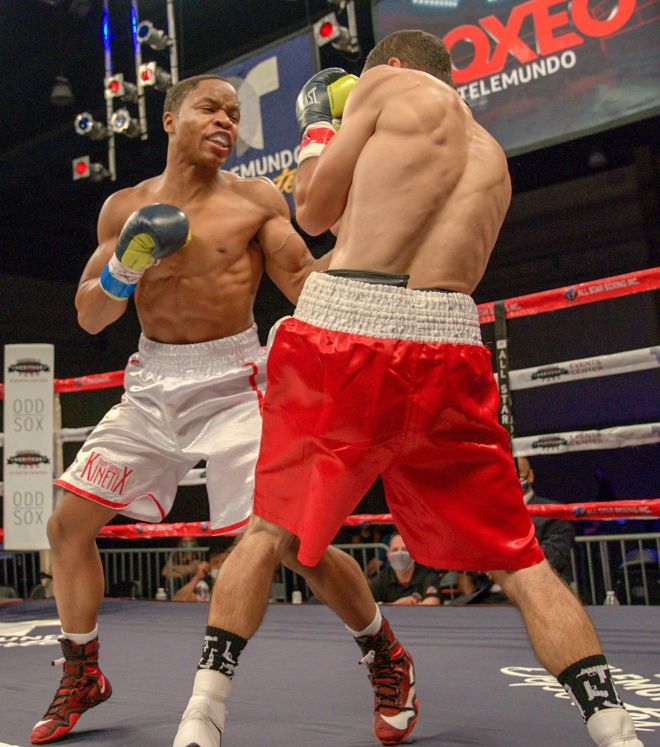 On the opening bell of the night Super Featherweight sensation Floyd Schofield, Jr. in his second appearance on Boxeo Telemundo pressured Jonathan Conde right from the opening stanza hitting him with multiple punches sending him down at the official time

2:29 seconds of round one by way of TKO victory for Schofield, Jr. 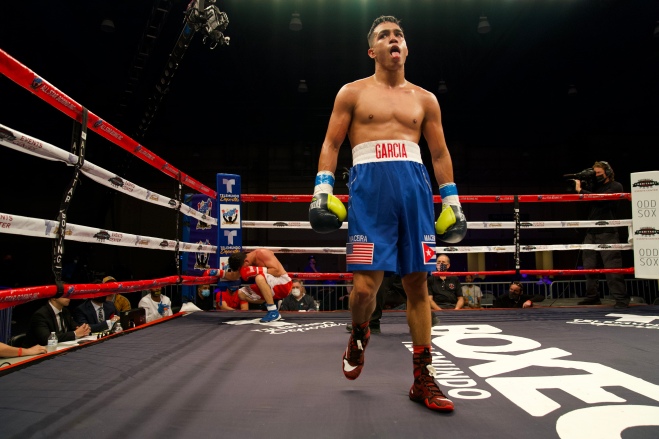 Jr. Featherweight Gianny Garcia (2-0, 1 KO) from Miami, Florida. put his punches together ending Julio Buitrago from Managua, Nicaragua night putting him down at the official time 1:11 seconds of round four by KO victory. 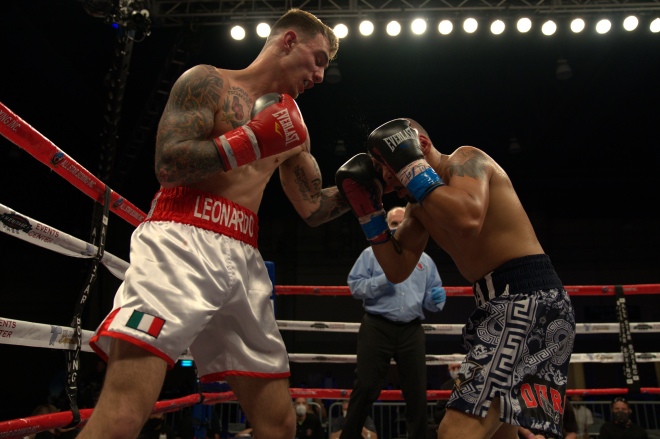