RENO Nev. – The vacant WBO featherweight world title bout between Shakur Stevenson and Joet Gonzalez is boxing’s version of the Hatfields and McCoys, a long-simmering grudge match that will be settled Saturday eveningat the Reno-Sparks Convention Center.

At the final press conference Thursday, this is what the fighters had to say.

To Gonzalez: “I also think in 2012 when he was fighting them bums, I was a freshman in high school at the time, bro. So I understand why you’re mad at me, bro. It’s all good.”

Gonzalez’s response: “Ain’t nobody mad at you. Just show up Saturday and come to fight.”

“I’m not sleeping on him. If I’m being honest, I always said Joet was good. Go look at my Tweets from two, three months ago. I always said he’s a good fighter. He was the one who got up there and said Shakur was overrated. Saturday, he gotta put up everything he said.”

“I most definitely had the harder road. Like you said, he was an Olympic silver medalist. He got the fast track. He got {a title shot} in two years. It took me seven years. I’ve been pro since 2012, so I’ve had the longer road. I have more experience. I’m older, more mature, and I think that is going to help me out Saturday night.”

“His biggest test, as a pro or an amateur, is obviously for a world title. He’s gonna have to do some crazy thing to beat me because I’m not leaving Saturday without that belt.”

“I’m just anxious because all the hard work, it’s already been done. Now we’re just counting down the days, letting the days go by. Tomorrow will be weigh-ins and Saturday will be fight time.”

On the personal beef with Shakur

“It fuels me because I was never the one to put this out there. The media, the public, they found out because of him. Just running his mouth. And now when they ask him about it, he don’t want to talk about it. So, it’s personal. It’s personal, just the things he’s done, the things he’s said, and he’ll pay for that on Saturday night.” 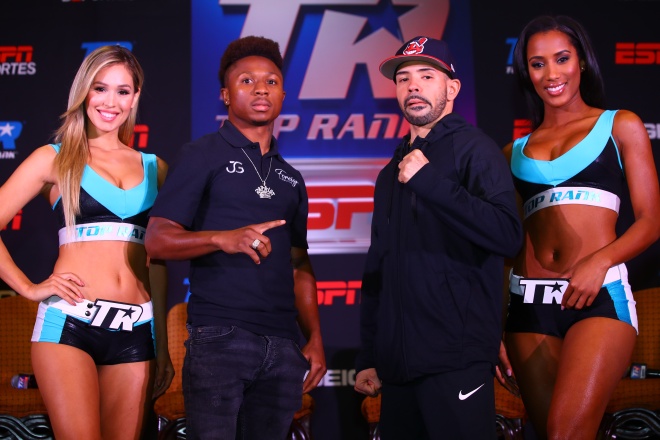 On his flashy ring attire and “Night Night” pillow

“Pressure either busts pipes or makes diamonds, and I’m going to continue to shine.”

On his No. 2 ranking the pressure of a high ranking

“I had a great camp. I’m ready. At the end of the day, we’re going to drag him through that fire, and he gonna have on some gasoline boxing trunks so you know he’s burnt up.”

“We’re ready 100 percent for whatever he brings.” 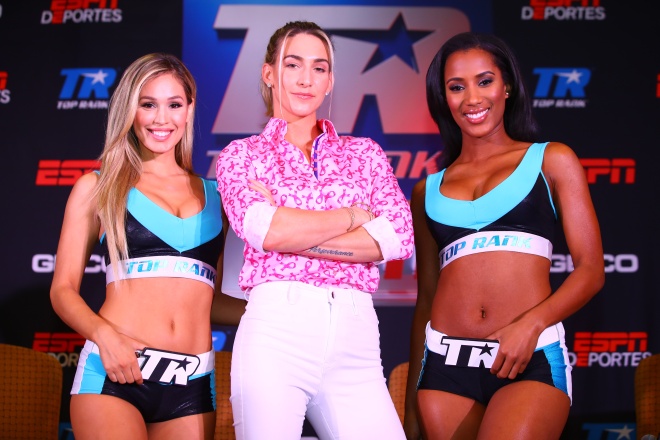 “I don’t know a lot about {Zamora}. There wasn’t a ton of video on her, but we do study tape. We always come up with a game plan in our camp, so we have plan A, B, or C.”

“There’s been a lot of talk about my style, and I think a lot of people are impressed with how I’ve been going to the body and working on the inside, especially being a female and being tall, you just don’t see a lot of that. I’ve really been working on that and then you see people talking about how I’m tall and long and I should use my reach more and stand on the outside, and I think it’s just been a combination of me wanting to be good at both. My team doesn’t want me to be a one-dimensional fighter. They don’t want there to be a certain way to beat me, and because I’m tall and long, girls are going to want to pressure me, and there’s going to be girls who are going to get me on the inside. So we want to be strong on the inside and box and move, so I’ve just been working on being able to put that all together.”

“I definitely plan on upping my knockout record, and I plan on doing that Saturday.”

“Whatever your reason is, if you think I’m a pretty girl and you want to see me get my ass beat, then tune in! Either way, it’s going to be an exciting fight. I feel like I always put on exciting fights, so this Saturdayis not going to be any different. I’m stronger than ever. We’ve had a great training camp, a long one, and I feel good.”