Our deepest condolences to the family of Koby Bryant 🙏 and the families of the passengers on board. 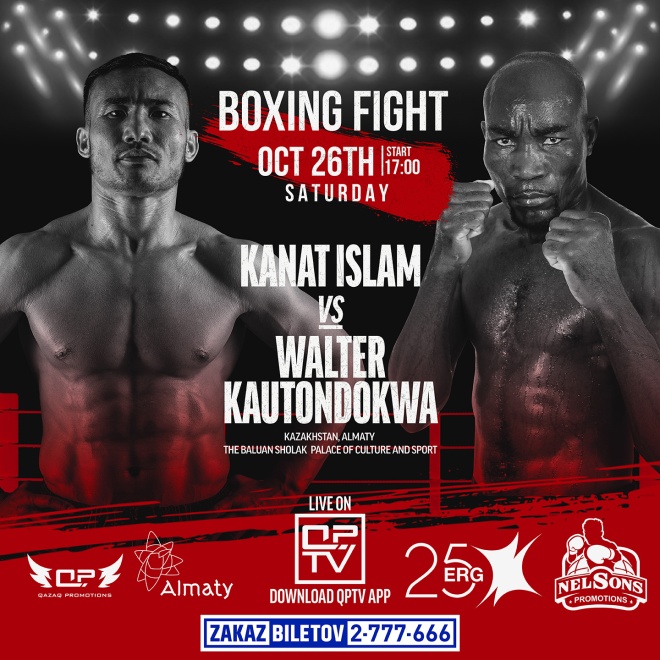 Kanat and Kautondokva are 160-pound world-class fighters in their prime and will go head to head at a critical time in their respective careers. Both are coming off from spectacular victories and entering the battle for the 160-pound WBO Middleweight title race. 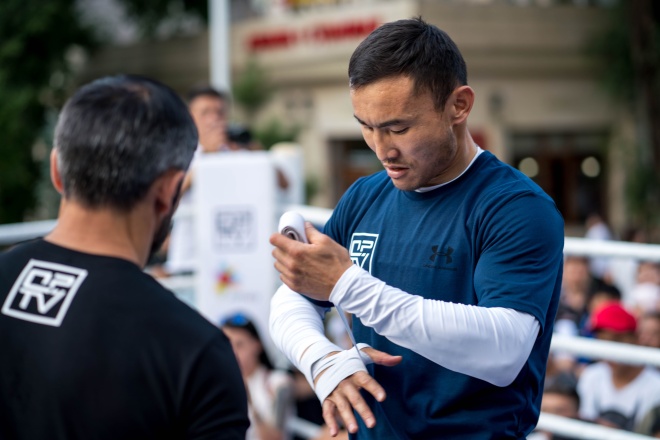 The Champion Kanat Islam (formerly Hanati Silamu) was born in China but is of Kazakhstani descent. He represented China at the 2004 and 2008 Olympics, winning bronze in the latter and also taking bronze at 2007 World Championships. Islam (26-0, 21 KOs) has an impressive 81% knockout power and his aggressive style is something that all middleweight has taken notice.

The Kazakhstan native has noticeable victories against then-unbeaten Canadian Brandon Cook, Norberto Gonzalez, and Patrick Allotey. On his last fight in July, he stopped Julio De Jesus in 30 seconds of the first round.

“Just like I have done before, I will make sure to take care of my opponents as quickly as possible,” said Islam. “I fight for my family and my beloved people of Kazakhstan – so I must win!”

“We will fight anyone regardless of the boxing organization they belong too – we want to fight,” said Nelson Lopez, promoter of Kanat. “We will even pay Canelo to come to fight us here in Kazakhstan.”

In October 2018, the 34-year-old, Walter Kautondokwa (18-1, 17 KOs) surprised everyone when in two weeks noticed he faced Demetrius Andrade in Boston, Massachusetts and went to the distance.  Andrade had originally been scheduled to face Billy Joe Saunders until the Englishman failed a pair of doping tests.

“This is a now or never moment for me. I have an opportunity and will make sure to take advantage of it,” said Kautondokwa. “I will make sure to win this important fight because it will open doors for me to fight for a world title.”

After his failure to win the title from Andrade, Kautondokwa had his comeback last May when he destroyed Simeon Tcheta in rounds in Zimbabwe. Thanks to his most recent victory and unsuccessful valiant effort, the Namibian is back to the world ranking of the World Boxing Organization where he currently stands at No. 10. Kanat, who is the reigning WBO International Middleweight Champion at 160 pounds, is rated No. 8.  This top-10 ranked matchup makes this showdown an exciting and competitive night of boxing in Almaty, Kazakhstan.

The winner of Islam-Kautondokwa will put himselfin a position to challenge any of the top 10 WBO middleweights, including WBO World Middleweight Champion, Demetrius Andrade. Tickets for the event, which is promoted by Qazaq Promotions, are on sale now and can be purchased through here. The event will be broadcasted worldwide via stream platform QT TV.