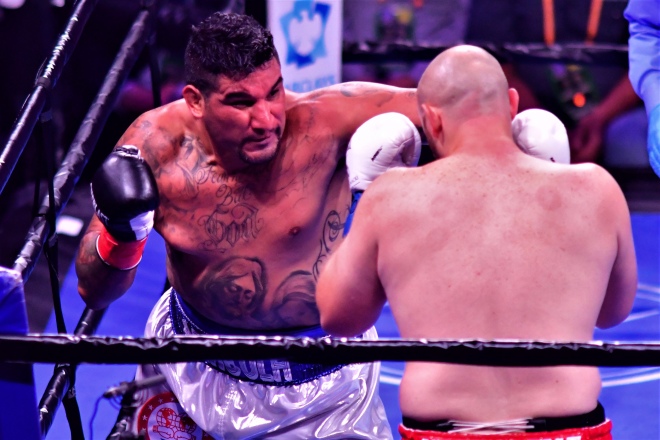 Brooklyn, N.Y. – Adam “Babyface” Kownacki (20-0, 15 KOs) won an entertaining twelve round brawl against former title challenger Chris “The Nightmare” Arreola (38-6-1, 33 KOs) on Saturday night at Barclays Center in Brooklyn, NY. From the opening bell, both Kownacki and Arreola went at it trading bombs the whole fight. Arreola injured his left hand midway and fought mostly one-handed after that. Scores were 118-110, 117-111, 117-111.

ADAM KOWNACKI “I thought it was a good close fight but I knew I pulled it out. I landed a lot of shots and that was enough to win. Thats all that matters “Chris is an Aztec warrior. He’s a great fighter. I knew it would be a tough fight and I prepared for it. The CompuBox numbers prove it was a great fight. “I tried to follow up when I had him hurt but I was throwing two punches instead of three or four. Props to Arreola because he proved he could still hang. I’m sure the fans would want to see him again. “I just have to keep training hard, getting better and sharpening my skills. We’ll see what the future holds. Hopefully next year I’ll get the title shot.” CHRIS ARREOLA “Retirement is something I need to talk to my family and team about. I gave it my all this fight. I let it all hang out. After breaking my hand, I kept fighting because I believed I could win. “Adam is relentless. He just keeps coming. I know I got him with some good punches and he got me with some good ones. I was more than ready to go all 12, but Adam came in and won the fight.”