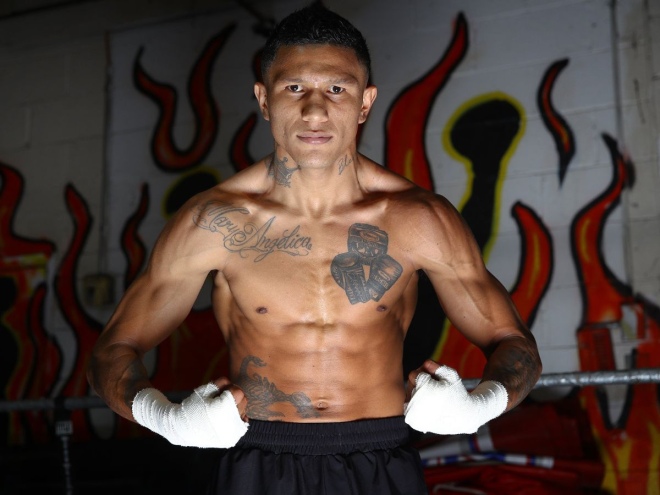 In the main event, WBC super featherweight world champion Miguel “El Alacran” Berchelt (35-1, 31 KOs) and Francisco “El Bandido” Vargas (25-1-2, 18 KOs) will look to repeat the thrills of their January 2017 match, won by Berchelt via 11th-round knockout. And, in the co-feature, Emanuel Navarrete (26-1, 22 KOs) will defend his WBO junior featherweight world title against Isaac Dogboe (20-1, 14 KOs), the man he defeated by unanimous decision to win the title back on Dec. 8.

After working out for the media Wednesday at Southwest Boxing Gym, this is what the fighters had to say.

“The people of Tucson and watching on ESPN are in for a great show. Vargas and I fought a great fight back in 2017, and our 2019 rematch will be no different. We are proud Mexican warriors who leave it all in the ring.”

“You will see the same ‘Alacran’ from the first fight with Vargas. I will enter the ring with a lot of desire to win and defend my title. I will defend this belt with everything that I have. This belt belongs to me.”

“The strategy is the same, which is to go out there to solve the problem that Vargas represents. I will leave it all in the ring. I will give all my heart to this battle.”

“Every time the ‘Alacran’ fights, it’s a guarantee that the fans will see a knockout.”

On a potential Lomachenko fight

“That is the fight we want. We want big challenges, without a doubt. I’d love to fight Lomachenko.”