Costa Mesa, CA -Heavyweight Kubrat Pulev (27-1, 14 KO’s) from Sofia, BGR committed fully with breaking down Bogdan Dinu (18-2, 14 KO’s) keeping the jab on him out Punching Dinu stopping him at the official time of 2:40 seconds of round seven by way of TKO victory. 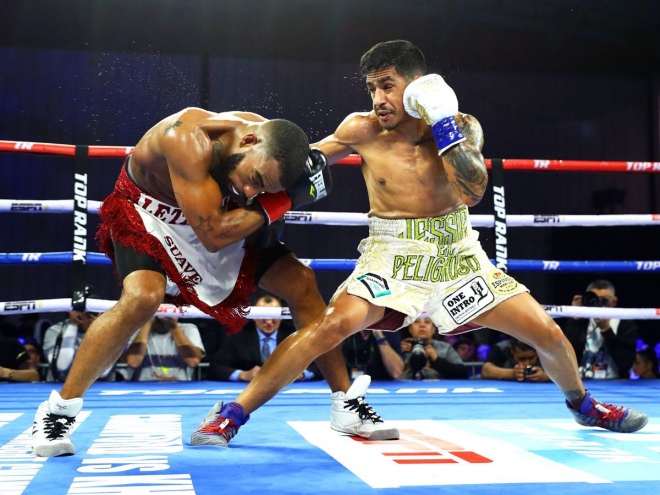 Middleweight David Kaminsky (4-0, 2 KO’s) from Los Angeles, CA. didn’t work very hard to score a four round unanimous decision victory over Estevan Payan (1-7-1, 1 KO). Very much to Kaminshy’s credit he did everything he needed to do, clearly dictated the pace of the fight landing hard punches on Payan just at the right time staying right on him in four rounds.

No one said becoming a fighter was easy, but on Saturday night at The Hanger in Costa Mesa, CA.

Maxim Dadashev (13-0, 10 KO’s) made it look easy by catching Ricky Sismundo (35-13-3, 17 KO’s) with a hard right hand sending him down to the canvas ending his night at the official time of .30 seconds of round four by KO victory, Sismundo showed his toughness by catching Dadashev with a hard counter punch dropping him in round two with a good punch, But is was all Dadashev cleaning up the mess in round four sealing the victory.

Heavyweight Tervel Pulev (13-0, 11 KO’s) lands a hard right hook to the body of Mitch Williams (16-8-3, 11 KO’s) leaving no stone un-turned by scoring a unanimous decision victory, No question Pulev was the smarter fighter clearly a step ahead of Williams throughout the contest.

Super Lightweight Javier Molina (19-2, 8 KO’s) engages in hard counter shots against a game Abdiel Ramirez (24-4-1, 22 KO’s) scoring a eight round unanimous decision win, Molina fighting at a faster pace catches Ramirez with a series of clever shots highlighting a nice sneaky counter hook Molina continued to catch Ramirez with throughout the contest, great performance across the board for Molina. 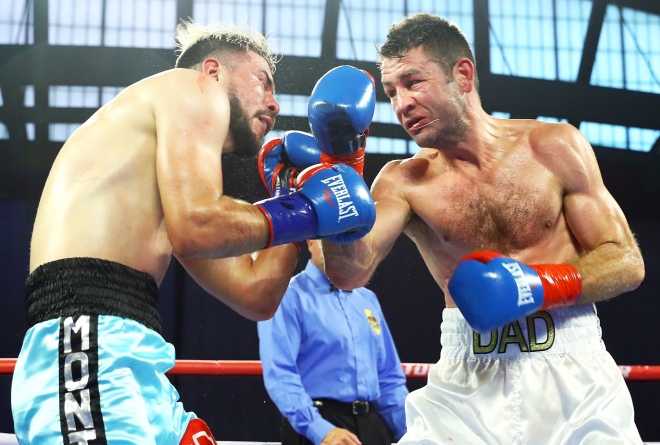 South African welterweight Chris van Heerden (27-2-1, 12 KO’s) from Johannesburg, SA. battled Mohonry Montes (35-9-1, 24 KO’s) from Mexico as the contest was called to a holt in the six round as Heerden scores a Technical Unanimous Decision victory all three Judges scores were 60-54.