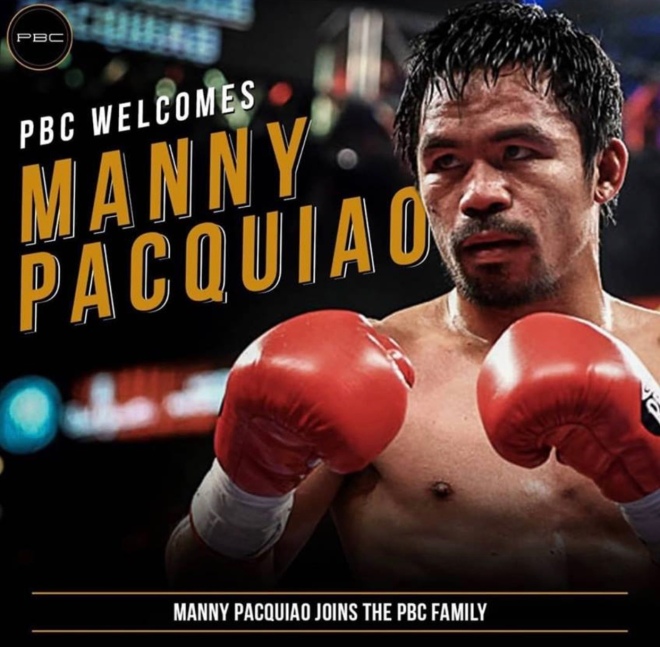 MANILA – Senator MANNY “Pacman” PACQUIAO, boxing’s only eight-division world champion, announced today that he has entered into an exclusive agreement to work with manager / advisor Al Haymon.The new alliance will have team Pacquiao and Haymon work together to navigate the remainder of his illustrious career. Pacquiao’s first defense of the World Boxing Association welterweight world title will kick off the new partnership and will have Pacquiao appear on the Premier Boxing Champions series. Pacquiao’s promotion company, MP Promotions, will promote all of his upcoming bouts under this new alignment with Haymon.