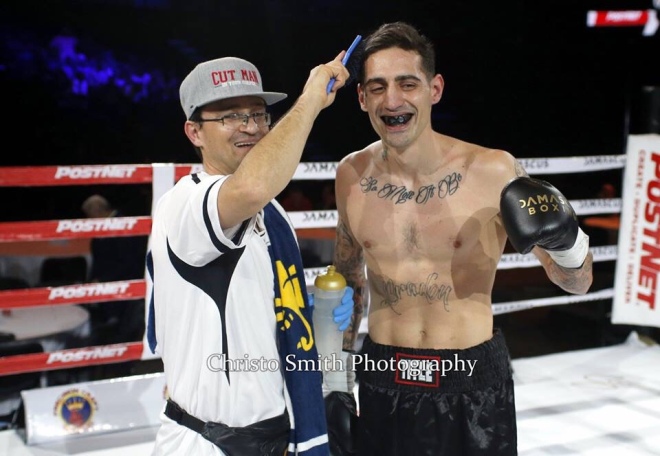 Lightweight Sam Sithhole (10-12-3, 4 KO’s) from Mpumalanga, South Africa went on to winning via a TKO as Ripfumelo Chikwambana (6-1, 4 KO’s) was disqualified for hitting when his opponent was on the ground after a low blow.