The first day of finals at the 2018 Youth World Championships in Budapest, Hungary was a huge success for Team USA, as Iyana Verduzco (Los Angeles, Calif.) won her first World Championships title over Kazakhstan’s Aizada Yeslyamgali by a 4-1 decision.

Going into the fight, Verduzco wanted to stick to her game plan of staying focused and to box and not brawl, being Yeslyamgali is an aggressive boxer, as well as use her speed and jab to her advantage.

“There were times that we did go at it,” stated Verduzco. “However, I would finish off with a jab and throw the last punch, as well as use my angles and speed to get out before she could start throwing at me.”

Verduzco made her way to the championship bout after defeating Michidmaa Erdenedalia of Mongolia by unanimous decision, as well as Turkey’s Aycan Guldagi by split decision in the semifinals.

“It feels good to win a gold medal in my first World Championships,” stated Verduzco following her win. “I just want to thank everyone so much for all their love and support, and when I get home I will celebrate with all my family and definitely eat some good food!”

You can follow all of the action from this year’s Youth World Championships by clicking here. 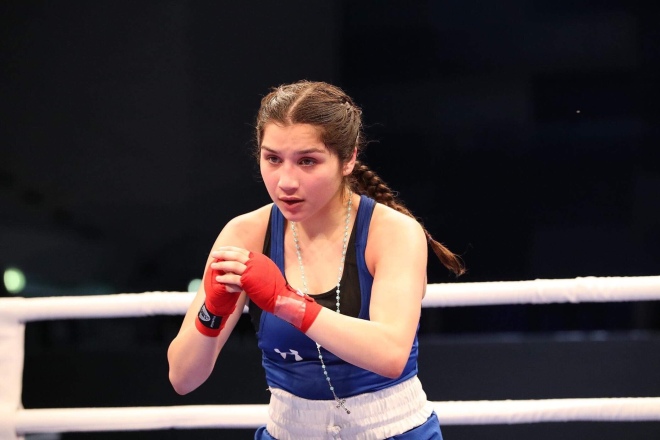