NABO and the IBF-International regional titles last night at the Ocean Resort Casino against a very tough Alexander Dimitrenko (41-4, 26 KOs) from Hamburg, Germany. Both fighters battled hard trading shots throughout the contest sending each other to the canvas. Jennings put it into higher gear in the later rounds connecting with more effective shots Dimitrenko gets hit with a upper cut that drops him in the ninth referee Allen Huggins with Dimitrenko back towards him waves off the contest at the official time of 1:56. Dimitrenko got up quickly from the knockdown pleading his case he wasn’t hurt. Clearly in a fight at this caliber leave it up to the fighters to finish the fight. 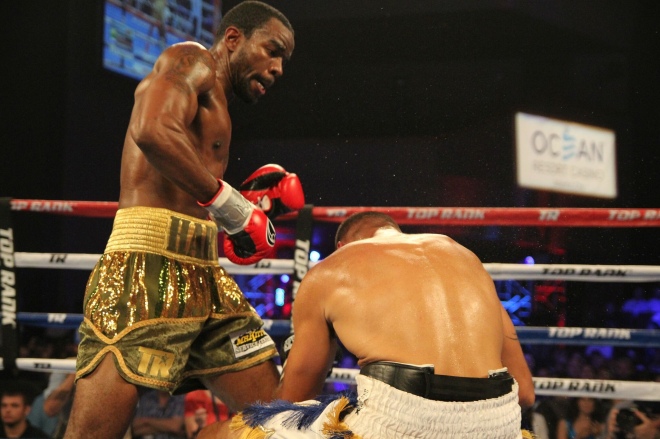 In the co-Main event NABF Super Middleweight Jesse “Hollywood” Hart (25-1, 21 KO’s) from Philadelphia, PA. drops a hard overhand right that sends Mike Gavronski (24-3-1, 15 KO’s) to the canvas , Hart waisted no time jumping on Gavronski hitting him with hard combinations ending Gavronski night at the official time of .52 seconds of round three by TKO victory.

Super Featherweight Joseph “Blessed Hands” Adorno (9-0, 9 KO’s) from Allentown, PA. crushes Agustine Mauras (6-5-3, 3 KO’s) quickly stopping him at the official time of 1:39 seconds of round one by TKO victory. Adorno jumped right on Mauras quickly with hard shots to the head and body sending him down in the opening round. Adorno jumped right back on Mauras as the referee seen enough punishment jumping in calling a holt to the action. 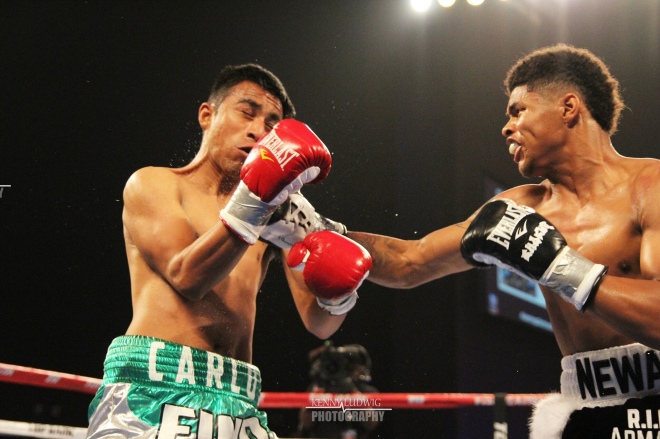 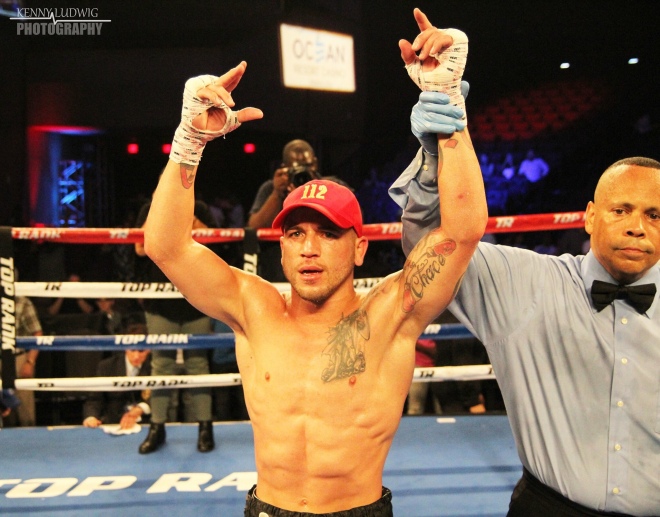