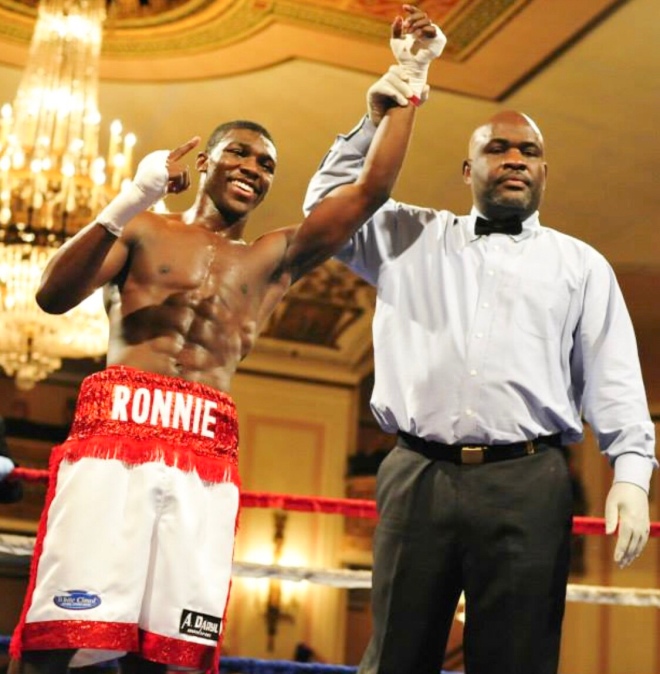 JOE DEGUARDIA’S STAR BOXING is pleased to announce the signing of undefeated welterweight and Detroit native, RONNIE “TEFLON RON” AUSTION to a promotional agreement.  The 24 year-old Austion currently has an impressive record of 9-0 with six wins coming by way of knockout.

Austion had a terrific amateur career, with an impressive record of 95-20. Along with his record, Austion boasts the titles of Ringside champion, Junior Olympic champion and olympics qualifier.

Austion currently fights out of Las Vegas, Nevada, and under the Star Boxing banner, will look to continue to defend his undefeated record, while setting his sites on the ultimate goal of earning a world title. Austion fights out of the Mayweather Gym in Vegas but began his tutelage at the world famous Kronx Gym under the watchful eye of trainer Javan “Sugar” Hill and the legendary Emanuel Steward.

“I want to thank both Star Boxing and Fifty One Sports for creating a partnership that will allow me the opportunity to continue my boxing career inside the ring,” said Ronnie Austion.   “I am extremely excited to showcase my skills under the Star Boxing promotional banner and to grow from a rising prospect, into a world title contender!”

Juan Plakio of Fifty One Sports & Entertainment had this to say about Ronnie’s signing, “Fifty One Sports would like to thank Joe DeGuardia and his team at Star Boxing for teaming together to bring rising prospect, Ronnie Austion, back to the ring.   Ronnie is an extremely talented young fighter and will now showcase his talents for the world to see with Star Boxing backing him in his pursuit of a world title.   We look forward to a prosperous and bright future between the “Teflon Ron”, Fifty One Sports and Star Boxing!”