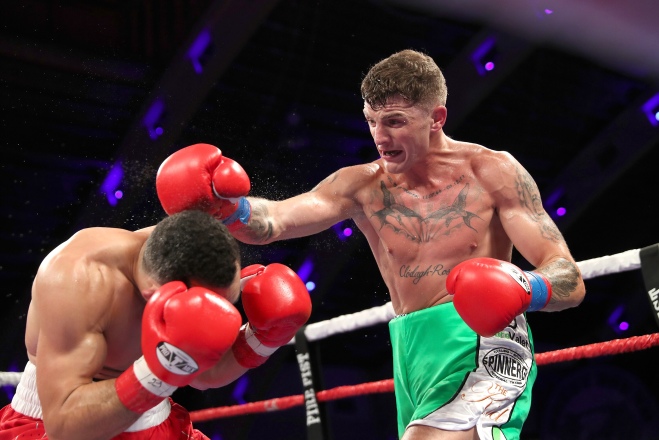 Coyle and Pastrana met in the center of the ring throwing hard blows testing each other’s will early on, Pastrana made a case catches Coyle with a devastating right hook Coyle took the shot well began to establish himself popping a razor hard jab Pastrana just kept on coming after Coyle right through the punches. It was a matter of time in the contest Coyle showed to be ahead with hard shots Pastrana showed problems defending himself. Coyle lands a combination with great movement sending Pastrana down to the canvas referee Telis Assimenios claimed to have seen enough waves off the fight at the official time of 2:50 seconds of round six by TKO victory for Coyle.

In the co-main event Heavyweight Ivan Dychko (8-0, 6 KO’s) from Rudny, Kazakhstan made a very easy effort landing hard combinations sending Michael Marrone down to the canvas a few times in the opening round Marrone could not defend himself as referee Frank Gentile seen enough waving off the contest at the official time of 1:19 seconds of round one by TKO victory. 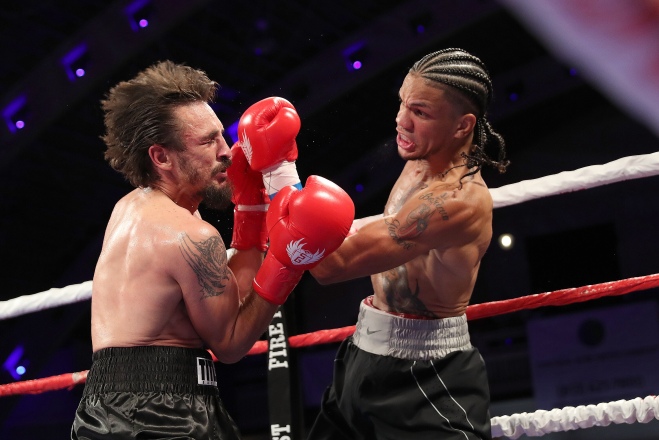 In a action packed Super Lightweight fight Joseph Fernandez (8-3-3, 1 KO’s) from Acradia, Florida mixes it up with game Larry Yanez (4-10-2) from Ft. Lauderdale, Florida. The action early on Yanez catches Fernandez with a hard right hand in the opening round followed up by a series of punches applying the pressure on Fernandez.

Fernandez used his distance in round two popping his jab giving Yanez problems as he walked right into shots, Fernandez continued to walk Yanez down landing big shots in round three and four, Fernandez wan away with the fight by scoring a unanimous decision victory 60-56 on all three judges scorecards for Fernandez.

Heavyweight Rodriguez Cade from Monroe, GA. goes to (2-1, 2 KO’s) after stopping Gary Kelly (1-7, 1 KO’s) at the official time of 2:47 seconds of round two by KO victory, Cade controlled both rounds with heavy punches sending Kelly to the ropes Kelly could not defend himself as Cade lays him out with a hard right hook ending Kelly’s night.

Welterweight sensation Mark Reyes, Jr. (7-0, 5 KO’s) stepped on the gas right from the opening bell going right after Javier Garcia (8-17-1, 3 KO’s) from Gurabo, PR. Ending his night at the official time of 2:25 seconds of round one by TKO victory.

In the opening bout of the night Bantamweight Brian Cannady (3-0, 2 KO’s) from Ft. Myers, Florida put his punches together out-working Michael Wooten (0-1) from Tennessee losing his pro debut by ways of TKO at the official time of .34 seconds of round four, referee Frank Gentile jumped in to call a holt to the bout as Wooten was taking way too much punishment. 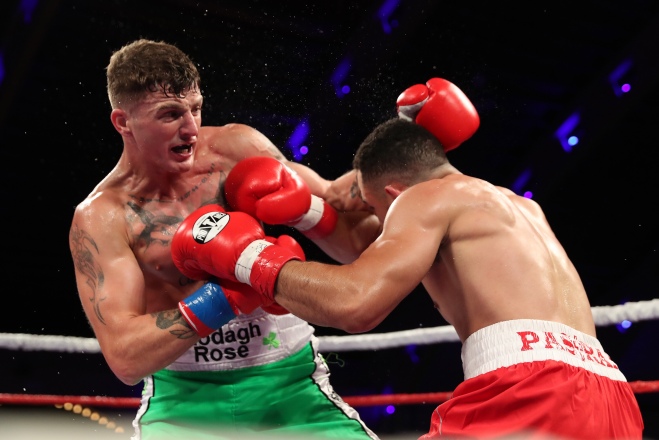