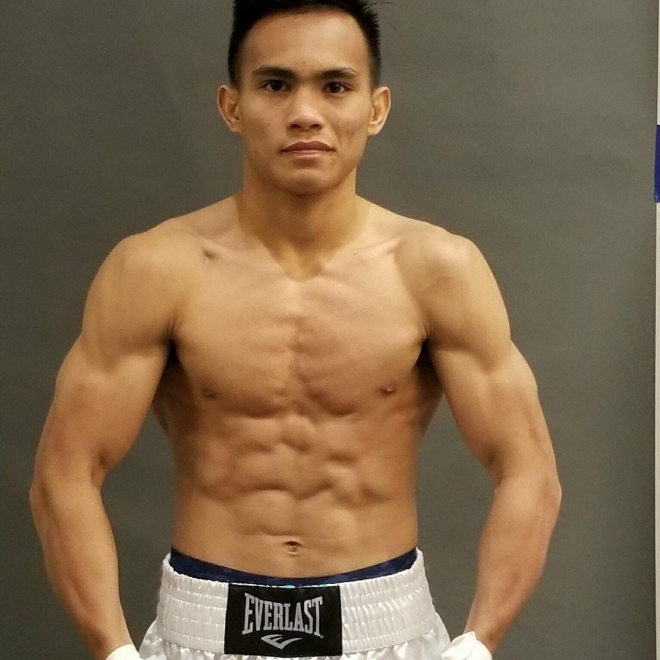 ROMERO ‘RUTHLESS’ DUNO AND GILBERTO ‘FLACO’ GONZALEZ TO SQUARE OFF IN CLASSIC PHILIPPINES VS. MEXICO BATTLE ON MAY 17 EDITION OF  GOLDEN BOY BOXING ON ESPN  AT FANTASY SPRINGS RESORT CASINO

With more than 80% of his fights ending in a knockout victory, Duno is considered as one of the top prospects from the Philippines. Duno exploded onto the Southern Calif. fight scene when he pulled the upset that turned heads – a knockout victory of local hometown hero Christian “Chimpa” Gonzalez in the main event of the popular LA FIGHT CLUB series. Since then, he’s won against noteworthy ring veterans including Juan Pablo “Lagarto” Sanchez and Yardley Armenta Cruz.

“I am happy to be back in the ring again, and I will train really hard for this fight because I know Gilberto Gonzalez is a good veteran boxer,” said Romero Duno. “I am confident that I will win this fight for my country. I want to thank Golden Boy Promotions and Sanman Boxing for another opportunity. I will do my best to win and give a great show to the fans.”

Hailing from Mexico City, Gilberto Gonzalez will look for a comeback victory after a hard-fought battle against lightweight contender Mercito “No Mercy” Gesta. Since the devastating loss, Gonzalez has been out of the ring for a full year and will look to reestablish his status as a contender.

“I’m excited to return to the U.S. and go up against a notable Filipino opponent like Romero Duno,” said Gilberto Gonzalez. “It’s been more than a year since I’ve been in the ring, and the time off has given me extra motivation. I hope to give the fans a great show.”

The co-main event will feature another Philippines vs. Mexico match-up as Oscar Duarte (13-0-1, 9 KOs) of Parral, Chihuahua Mexico will fight Rey Perez (22-9, 6 KOs) in a lightweight fight scheduled for 10 rounds of action. Duarte’s last five fights have ended before the clang of the final bell, and will be tested against war-ready Perez.

In the night’s TV swing bout, Dallas TX’s Alex Rincon (3-0, 3 KOs) will fight in the California fight scene for the first time when he faces a soon to be announced opponent in a four-round middleweight affair.

Raymond Muratalla will make his professional debut in his home turf of Indio, Calif. in a four-round lightweight battle. Muratalla will begin the night’s festivities against a soon-to-be-announced opponent.

The rest of this exciting undercard will be announced shortly.

Tickets for the event are on sale and start at $25. Tickets will be available at the Fantasy Springs Resort Casino box office, by calling 1-800-827-2946, or by purchasing online at www.fantasyspringsresort.com.

Media interested in attending Golden Boy Boxing: Duno vs. Gonzalez must request credentials by emailing clavoie@fantasysprings.net by 5:00 p.m. PT on Friday, May 11.