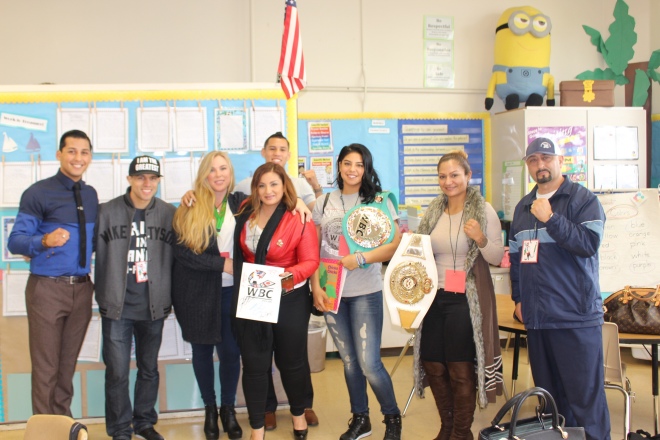 Norwalk, CA – The World Boxing Council, WBC Cares and SCHOLAS were honored to celebrate Dr. Seuss’ Birthday and Read Across America yesterday at Paddison Elementary School. Our WBC Cares Ambassadors Golden Boy Boxing’s Tattoo, Golden Boy Boxing’s undefeated Luis Feliciano and youngest professional fighter, Joseph Landeros, 12-0, 12 KOs, inspired the Elementary school aged children at Paddison Elementary. The fighters and Tattoo spoke to the children about the importance of reading and how it applies to everything in life to be successful. Pepe Sulaiman also spoke to the Children about bullying and how to handle bullying at their young age.

Tattoo, Luis Feliciano and Joseph Landeros not only spoke to the kids but also answered many questions, took photos, brought the kids special WBC patches and bookmarks and of course read them their favorite Dr. Seuss book to honor a great writer.

WBC is very grateful to all the media, the fighters, the promotion companies and everyone who puts their grain of salt to not only make Boxing safe, but also to make our communities around the world better!

Happy Birthday Dr. Seuss from all our Boxing Family! 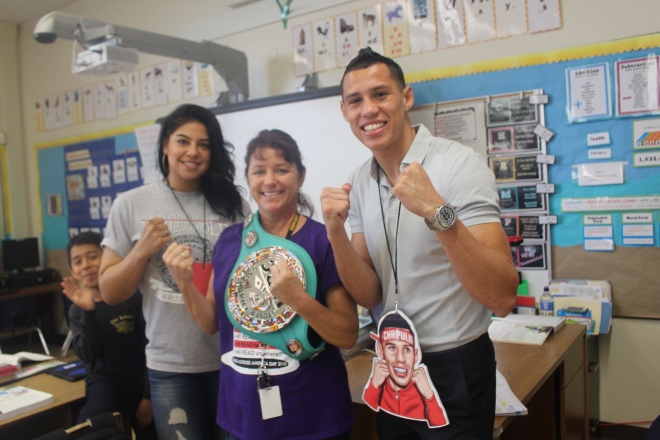 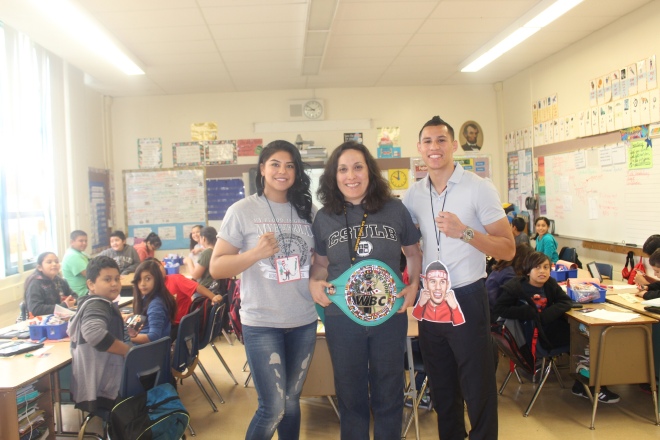 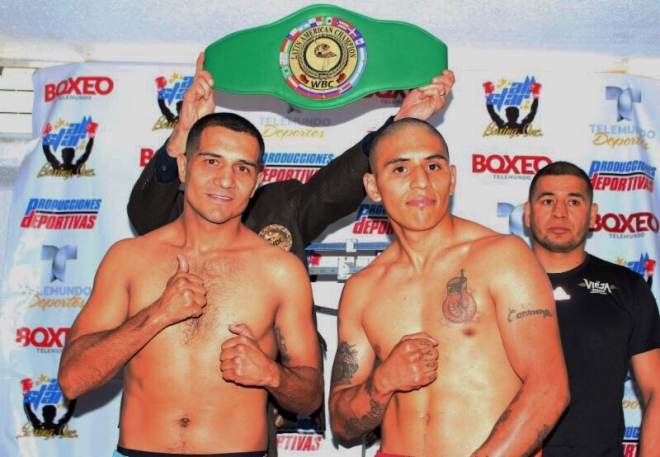 CARMONA vs IRIBE will be televised on Boxeo Telemundo at 11:35pm on the Telemundo Network, Check your local listings

Brought to you by All Star Boxing, Inc, Tuto Zabala Jr. in association Producciones Deportivas 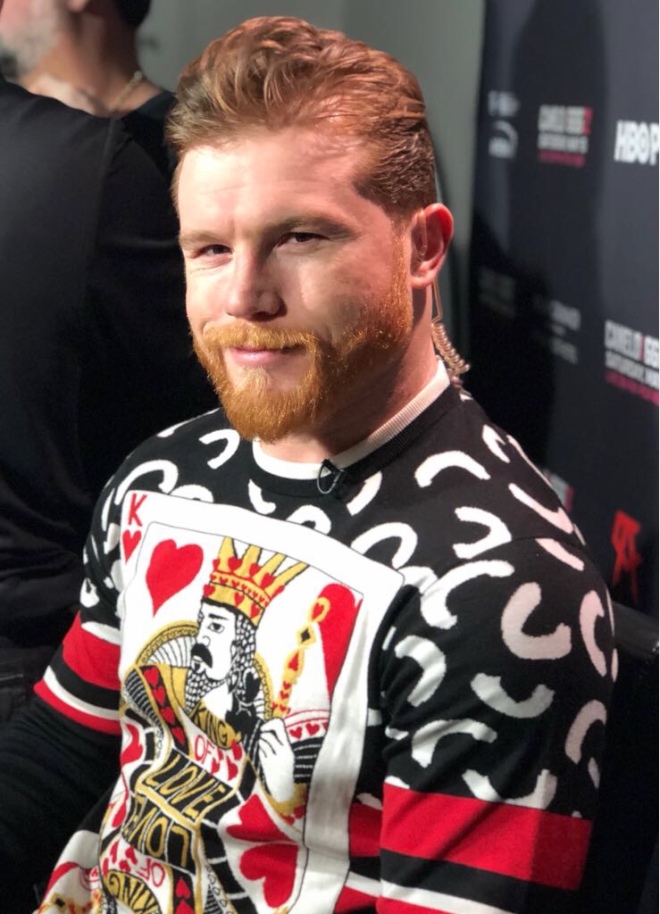 @canelo “I’ve seen the first fight. I know the changes I have to make. That’s going to be the key to victory. It’s about adding more things to the preparation. We’re going to add to the arsenal and add more conditioning, punches and aggression,” said Canelo on what he needs to do in the rematch. @Canelo @GoldenBoyBoxing @Class56Ramiro @GabeRivas03 #CaneloGGG2 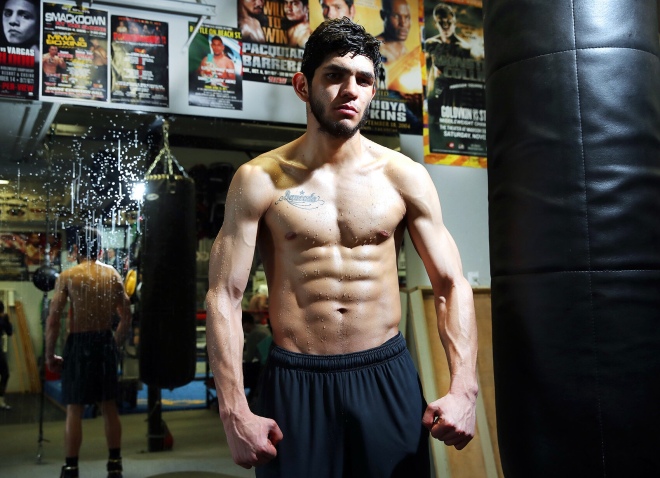 Big Bear Lake, CA – ALEX ‘El Cholo’ SAUCEDO (26-0, 16 KOs) is closing in on a junior welterweight title shot. It’s only a matter of time, he believes. He trains here at trainer Abel Sanchez’s Summit Gym, alongside some of the world’s best fighters, a firm believer in the phrase, “Iron sharpens iron.”

Saucedo is preparing to face ABNER LOPEZ (25-8, 21 KOs), Saturday, March 10, at the StubHub Center in Carson, California, on the Oscar Valdez vs. Scott Quigg undercard. The Saucedo vs. Lopez bout will stream live on the ESPN App, with undercard coverage beginning at 8 p.m. EST.

As his title shot approaches, Saucedo enjoys Big Bear’s solitude and the access to elite sparring at the Summit Gym.

“This is my second winter in Big Bear. This is my home,” Saucedo said. “The other fighters that train here are like family. Everyone gets along. It’s a great environment, and it motivates me to train and work hard.”

Saucedo, ranked No 3 by the World Boxing Organization (WBO) at 140 pounds, last fought on November 11, 2017, in Fresno, California,  overcoming a cut left eye to knock out Gustavo Vittori in the third round. Soon after the bout, the Oklahoma City, Oklahoma, native returned to Sanchez’s gym.

“Abel and I are getting along very well, and we are ready to do big things together,” Saucedo said. “I do this for my family, and I really believe that coming up here to train has made me a better fighter. Being away from my daughter and my family for so many weeks it’s a big sacrifice, but I’m willing to make the sacrifice to achieve my dream of becoming a world champion.”

And, on March 10, Saucedo, who holds the NABO and NABA regional titles, will have a special guest making her ringside debut.

“This will be my daughter’s first time watching me fight live,” added Saucedo. “After my last fight, I brought belts home, and as soon as I got home, she told me, ‘You need to get all the belts, daddy.’ That was very motivating for me, and I’m going to do just that for her.”

Promoted by Top Rank, in association with Matchroom Boxing, remaining tickets for the Valdez vs. Quigg world championship event are priced at $206, $104, $53 and 27.50, including facility fees, and can be purchased online at AXS.com<http://AXS.com>, by phone at (888) 9AXS-TIX, or by visiting the StubHub Center box office.