CANELO-GOLOVKIN WILL FIGHT ON MAY 5

SO SPARE US YOUR, UH, WISDOM:

Las Vegas, NV. – It’s great when a superfight like Canelo-Golovkin 2 is intriguing enough to command the attention of the mainstream. The flipside, however, is that a bunch of media gasbags who wouldn’t know a standing eight-count from a standing puddle of sweat suddenly feel it’s their obligation to give us their take on the sweet science, no matter how uninformed they are.

Opening Shots: Yes, the fight is going down on Saturday May 5, 2018 at the T-Mobile Arena in Las Vegas, Nevada. Clearly, we have witness the punch-a-thon in the first fight as these aggressive power hitters got into their bombs away slugfest, Clear cut marketability between both fighters at the very top level, the fight still has a high level of supply and demand, in fact one of these guys has to win. 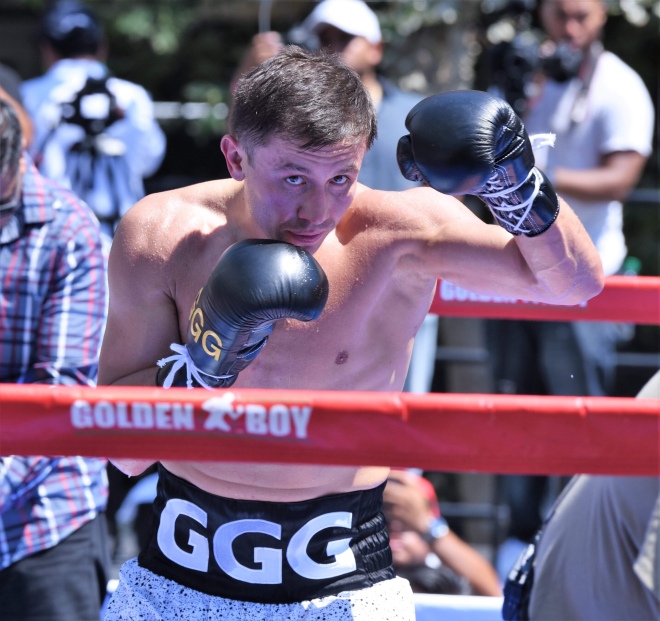 Buying boxing PPV’s today is no different then buying groceries or a new car. All we need is to be educated consumers and apply the power of the wallet, you’ll be surprised how well it works, fans today are not talking about missing this epic war.

The world’s number one middleweight is an extremely large shoe to fit, Gennady “GGG’ Golovkin well-schooled defensive boxer and power puncher collided with the hand speed and hard hitting thickly built Saul “Canelo” Alvarez who pumped out a jolting jab and power -shots competing with Golovkin who traded tissue damage with Alvarez in an all out twelve round battle that could have gone either way in my opinion.

There will be another big night in Las Vegas, Nevada in a few months, A relentless battle between two middleweight warriors, so don’t let your feelings get hurt if the fighters won’t give you a story, the story will be told on May 5th. Stay tune.