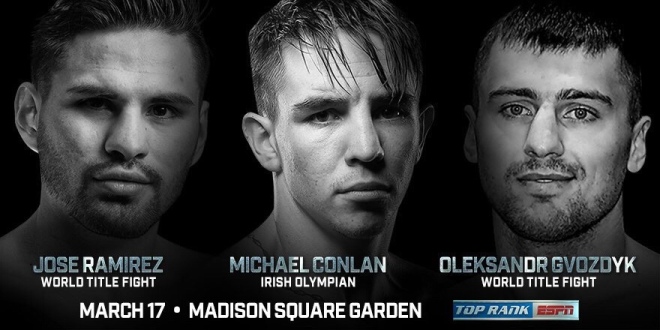 Super Featherweight Christopher “Pitufo” Diaz (22-0, 14 KO’s) now training out of New Jersey coming off of his TKO win against Bryant Cruz back in December, Diaz will collide against Miguel “Yael” Beltran, Jr. (32-6, 21 KO’s).

Rising young star Featherweight Jean Carlos Rivera (13-0, 8 KO’s) from Orlando, Florida. will get his opportunity to fight at the Garden for the second time against Jose Haro