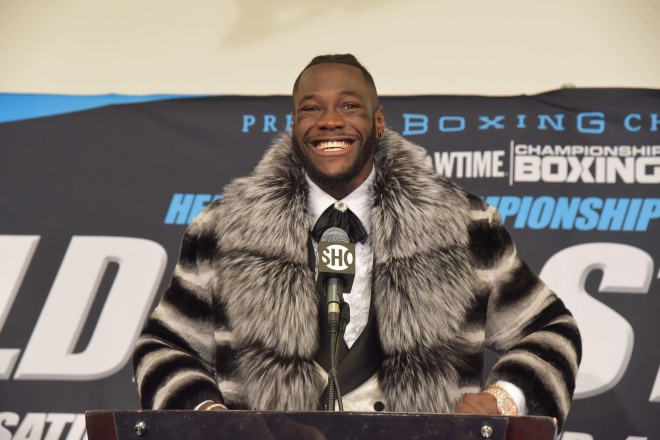 Ortiz-Wilder to face each other on March 3:

It was just announced that the unbeaten heavyweight world champion Deontay “The Bronze Bomber” Wilder will defend his title against unbeaten contender Luis “The Real King Kong” Ortiz on Saturday, March 3 in Brooklyn, New York.

Ortiz-Wilder is a long-awaited matchup of the heavyweight division. Wilder returns to Brooklyn for the third time after most recently scoring a sensational first round knockout of Bermane Stiverne on November 4, 2017 and previously delivering a devastating knockout of Artur Szpilka in January 2016.

Should Wilder, 32, be victorious, the fight could serve as the much-anticipated heavyweight unification bout against England’s Anthony Joshua (20-0, 20 KOs), who has quickly grown to become the biggest star in the sport.

Ortiz (28-0, 24 KOs), a 6-foot-4 southpaw and Cuban amateur star, will give the champion Wilder (39-0, 38 KOs) his long-awaited toughest challenge to date. Not only can Ortiz box, he also possesses fight-changing power, particularly in his left hand.

The two boxers were originally scheduled to fight back in November, but the contest was called off after Ortiz tested positive for a banned substance as part of a pre-fight drug test – which led to the WBC pulling their sanction from the fight and leading to the Cuban boxer being replaced by Stiverne.

After the World Boxing Council investigated, the boxer was cleared after it the sanctioning body determined that Ortiz’s failed test was the direct result of his prescribed medication for high blood pressure.