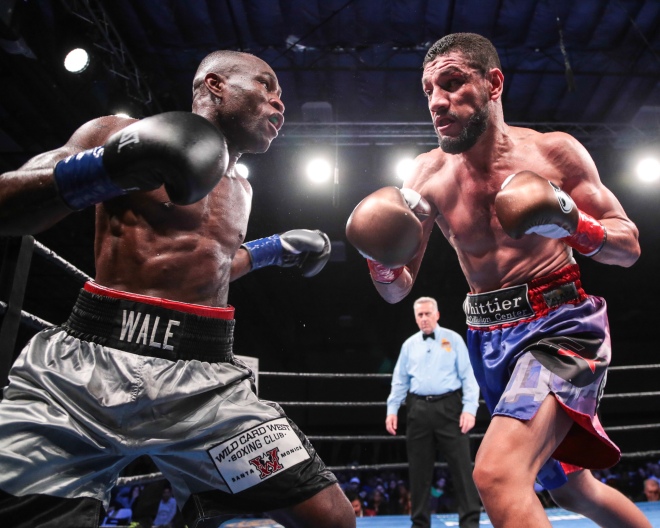 The opening bout of the telecast saw Wale Omotoso (27-3, 21 KOs) score a unanimous decision victory over Freddy Hernandez (34-9, 22 KOs) in a 10-round welterweight contest.

Hernandez had success early in the fight, hitting Omotoso with counter left hands consistently and using his range effectively. As the fight wore on Omotoso increased his pressure and broke through in round eight with a straight right hand that stunned Hernandez.

Omotoso was unable to score a knockdown, but had success throughout the final three rounds on his way to earning the decision by scores of 96-94, 97-93 and 100-90.