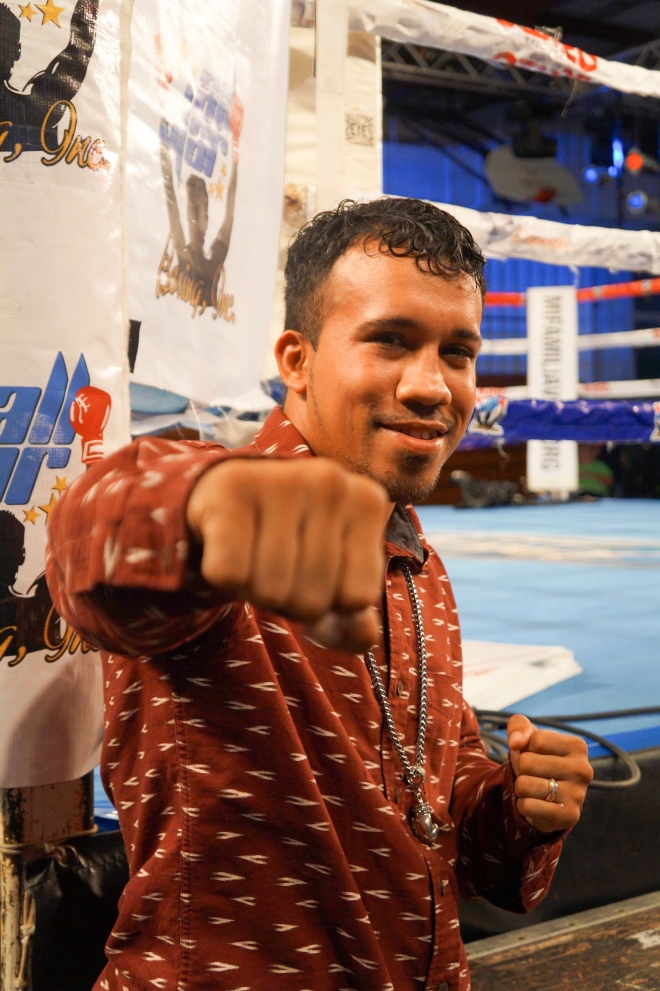 Tampa, Florida – There is power in the name of Super Bantamweight Daniel “El Alacran” Lozano (15-4, 11 KO’s) early on many would have thought Lozano was being rushed coming off of three very hard losses in 2015.

Lozano took time off in 2016 and just maybe a respectable return would turn things around for Lozano in this case it certainly did, after pounding out David Carmona in July of this year crushing him by KO victory, Lozano captures the WBO NABO Super Bantamweight title in spectacular fashion.

Lozano clearly was not done yet after redeeming his loss to Carmona, there was no doubt Lozano jumped right back into training camp after the fight with all eyes on Ricardo Rodriguez rematch set for October of this year.

Lozano certainly made up for a lot as his streak of redemption continued by beating Ricardo Rodriguez to the punch as he concentrated solely on the body and nearly broke Rodriguez in half beating him by ways of unanimous decision in October as Lozano earning another strap the WBO Latino Bantamweight title.

Lozano looks for the biggest fight of his career in 2018 Promotion All Star Boxing, Inc. no question has the plan in place to showcase Lozano in 2018.