World champion Oscar Valdez visited ESPN LA where he was a guest on A Los Golpes.

live on ESPN on Friday, September 22.

Undefeated World Boxing Organization (WBO) world champions ÓSCAR VALDEZ and GILBERTO “Zurdo” RAMIREZ are featured fights. Valdez and Ramirez will be announcing the next defenses of their respective WBO featherweight and WBO super middleweight world titles, which will take place on Friday, September 22, at the Tucson Arena. Valdez (22-0, 19 KOs), a two-time Mexican Olympian with strong roots in Tucson, will be defending his title against the WBO’s No. 4 world-rated contender GENESIS SERVANIA (29-0, 12 KOs), of Bacolod City, Philippines. Ramirez (35-0, 24 KOs), from Mazatlan Mexico, will take on No. 1 contender and mandatory challenger JESSE “Hard Work” HART (22-0, 18 KOs), of Philadelphia, PA. The four warriors boast a perfect combined record of 107-0 (73 KOs) with nearly 70% of their victories coming by way of knockout. Promoted by Top Rank® and Peltz Boxing, both title fights will be televised live and exclusively at 10:30 p.m. EDT on ESPN and ESPN Deportes and stream live on the ESPN app. 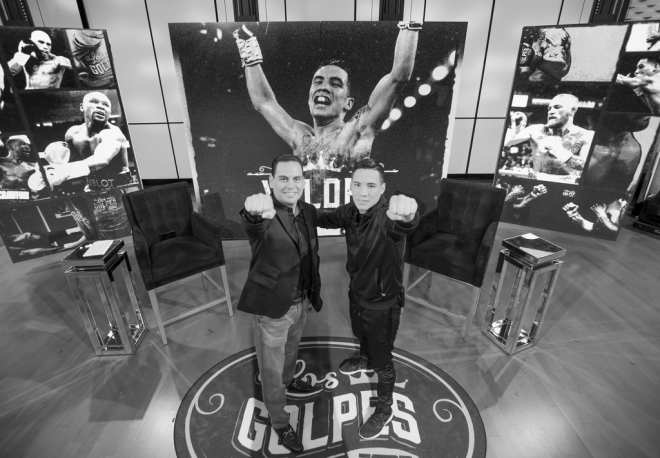