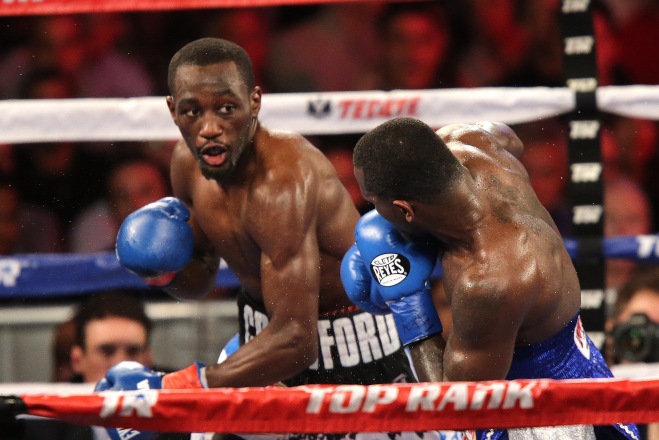 New York – The WBO Super Lightweight Terence Crawford (28-0, 20 KO’s) gave an excellent performance battling it out with tough Philadelphian Henry “Hank” Lundy (25-6-1, 13 KO’s) to a fifth round KO at the official time of 2:09 seconds of round five. There was no question Lundy backed it up and came to fight right from the opening bell throwing multiple shots at Crawford who made an adjustment settled down and landed very effective bombs of his own Catching Lundy Flush as he was pulling back from the assaults. Lundy just coming right in posing his will on Crawford who ingredients problems fighting at the faster pace steps with Lundy catching him as he pulls back. Crawford closed the gap pushing Lundy with hard shots to the ropes Lundy very game battles Crawford making a meaningful fight Crawford ending his night with a flurry of punches in the corner as the referee jumps in and calls a holt to the action in-front of a electrifying sold out crowed at the Theater at Madison Square Garden. 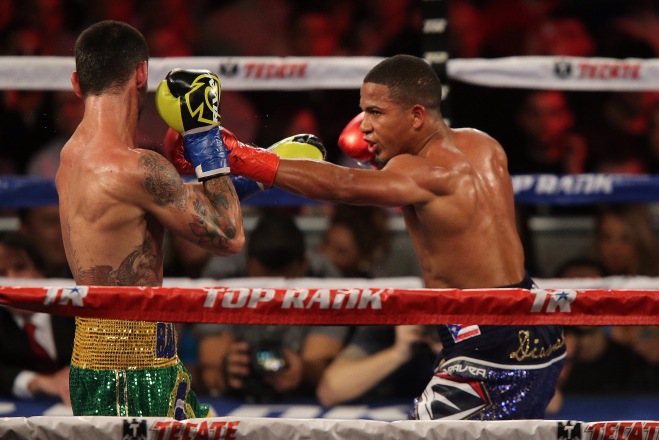 Lightweight Felix “Diamante” Verdejo (20-0, 15 KO’s) beats William Silva (23-1, 14 KO’s) by unanimous decision 100-90 (2x) 99-91 for Verdejo. No stoppage in the contest but Verdejo rises to the occasion not afraid to mix it up against Silva who had his moments but Verdejo did not have to look for him, Silva showed good spirit and will but was getting set up all night long by the quicker hands of Verdejo.
Silva in his assault leaning in too much getting hit as he kept pulling straight back, Verdejo shooting the right hand behind he jab putting forth a great effort to seal the UD victory.

Verdejo Post Fight: “I felt very good during the fight. My opponent moved a lot, but I did what I had to do and got the win” “This is a new learning experience. I will learn from this and I will keep moving forward” 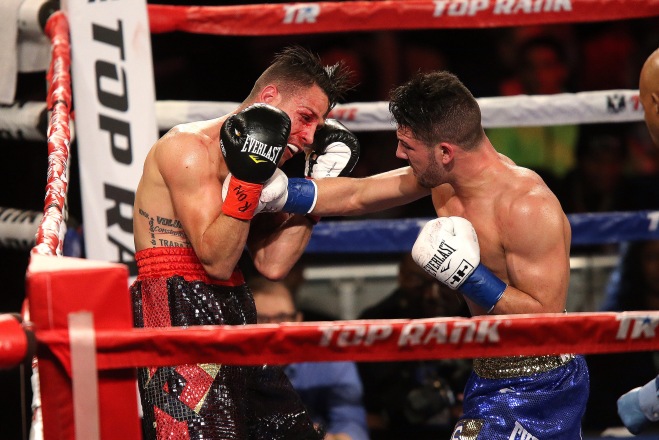 Super Lightweight Julian “Hammer Hands” Rodriguez (12-0, 9 KO’s) battled King Daluz (12-3, 2) to a unanimous decision victory at the Theater in Madison Square Garden tonight recording his third victory at The Garden. Rodriguez kept the pressure on Daluz all night long catching him in the seventh sending him down to the canvas Rodriguez you have to give credit for taking a lot of punches but being able to give Daluz trouble all night long, Rodriguez finished strong sealing the victory the official scores were 80-71 (2x) 79-72 for Rodriguez. 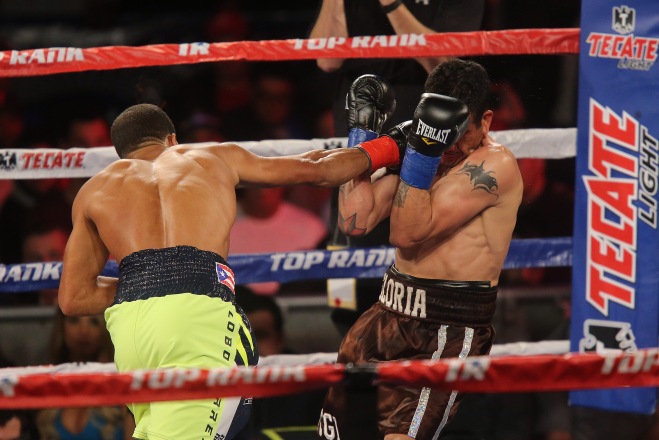 Lightweights Jean Carlos Torres (4-0, 3 KO’s) from Carolina, Puerto Rico a team Diamante prodigy pressured Miguel Gloria (1-2) from Albuquerque, New Mexico. Right from the opening bell finishing him off with hard shots ending his night quickly at .20 seconds of round three. Gloria just couldn’t adjust to the right hands coming from Rodriguez who was not giving up defense in the fight, Gloria stunned by a hard 1-2 by Rodriguez who was the bigger man in he ring tonight with his punches.

Featherweight Christopher Diaz (14-0, 10 KO’s) from Barranquitas, PR. Returns to the Garden in New York destroying Angel Luna (12-2-1, 7 KO’s) from Santiago, DR at 2:42 seconds of round four by KO victory. Luna held his own early on landing hard shots on Diaz trying to keep him off balance, Diaz adjusted quickly and battled Luna back with hard punches of his own breaking him down Luna just too wide with his punches couldn’t take advantage of the faster Diaz as he finishes Luna off in the fourth.

IRISH BOMB AT THE THEATER AT MSG 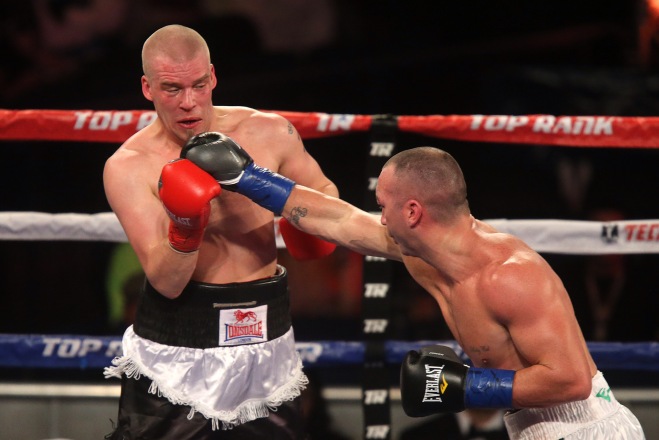 Light Heavyweight Sean Monaghan (26-0 17 KO’s) from Long Island, N.Y. battles Janne Forman (21-4, 13 KO’s) from Vaasa, FIN. Stopping him at 1:34 seconds of round five giving Forman all he can handle, keeping the pressure on him throughout the series Forman taking too much punishment Monaghan opened up with hard right hands picking spots as Forman looking very predictable in the fight took way too many hard shots he could not continue.

TAYLOR PUT THE FREEZE ON ACUNA

In the opening bout of the night at The Theater at The Theater at Madison Square Garden Super Lightweights Emmanuel Taylor (19-4, 13 KO’s) from Baltimore, MD. Created enough room to breakdown Wilfredo Acuna (15-19, 11 KO’s) from Managua, NIC. At 2:59 seconds of round six by ways of KO victory.