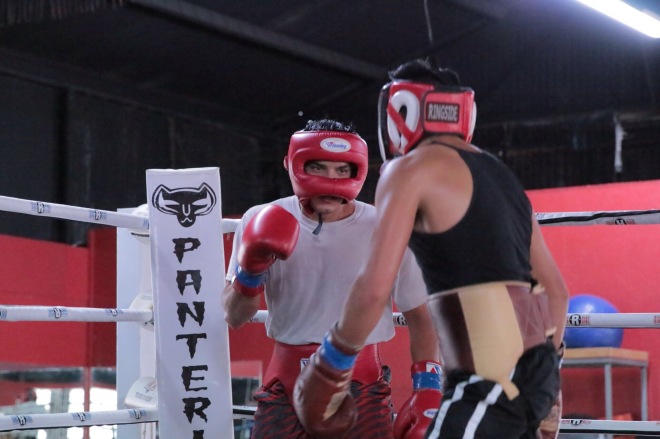 FROM THE AT&T CENTER

WESLACO, TX – Undefeated boxer Omar “El Panterita” Figueroa (25-0-1, 16 KOs) is going to close out his year with a ring return that will send him into 2016 as both a star in the sport, but also a new threat in the 140-pound division.

Figueroa headlines Premier Boxing Champions (PBC) on NBC in primetime on Saturday, December 12. PBC on NBC will air live at 8:30 p.m. ET/5:30 p.m. PT from San Antonio’s AT&T Center when Figueroa battles former world champion Antonio DeMarco (31-5-1, 23 KOs). South Texas’s “El Panterita” (little Panther) had a strong super lightweight debut in May against former titlist Ricky Burns and after being delayed by injuries, he is back, healthy and firing on all cylinders.

“I’m ready,” said Figueroa. “Since I’ve moved up to 140 I’ve felt stronger than ever. This week in camp, after my sparring sessions, I’ve felt that I was connecting more and that my velocity and power has increased. My May fight was a good indication of what I can do and this fight against DeMarco will be another one. This weight division feels natural to me.” Having moved up a weight class in 2015, this year also finds Figueroa back training with his father, Omar Sr., in his hometown of Weslaco, TX. “Boxing is in my family’s blood,” he said. “My father, sister, brother and mother are all involved with either training or fighting. Being able to train at home, surrounded by my family is important to me. Everything I do is for my family and my community.” Growing up in both the U.S. and Mexico, Figueroa fought in over 200 amateur fights in Mexico and 100 in the U.S. before turning pro. A proud Mexican-American and Texan, the 25-year-old Figueroa is diversifying training this camp including sparring with a number of fighters from Texas as well as surrounding states. “I’m sticking to the plan of training and conditioning this camp – cardio, sparring – but the big difference for me is really strengthening and taking care of my body through different preventative therapies.