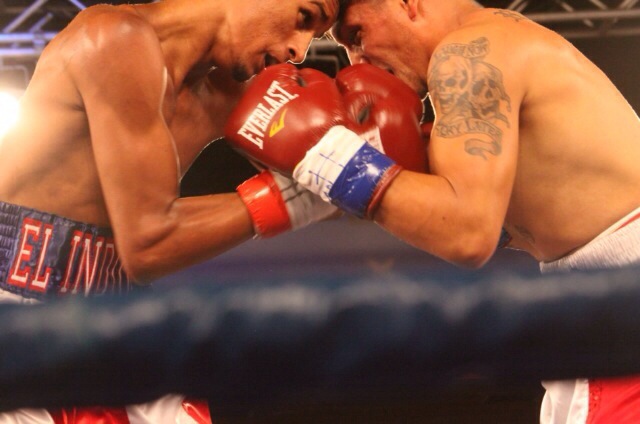 Resto vs. Ramirez – a hard fought battle a Resto uses his range early on catching Ramirez from the outside, Ramirez a fighter bangs in the center of the ring with Resto attempting to keep the fight in the inside with the taller Resto who is having his way at distance.

Explosive action as Ramirez having great success working Resto in the inside cutting his range, Ramirez taking shots to the head but actually having a better opportunities in the inside against Resto.

Ramirez catching Rest with right hooks to the head Resto counters but took a right hand that looked to hurt him Ramirez jumps right back in looking for the knock out it just had to end in great fashion as both fighters brawl it out in so far fight of the night.