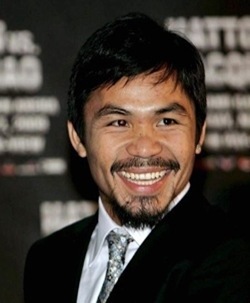 NEW ORLEANS – Three weeks removed from his decisive victory over Brandon Rios in Macau, Manny Pacquiao earned an even more decisive win in a federal courthouse.

On December 18, the United States Court of Appeal for the Fifth Circuit, one of the highest and most influential courts in the country, affirmed the dismissal of a multi-million dollar lawsuit against Pacquiao filed by a startup Texas promotional company named Imperial ED Promotions. Imperial ED filed the lawsuit in November 2010, claiming that Pacquiao failed to appear at a promotional event in September 2010. Imperial ED didn’t tell the court that they failed to pay the Filipino star the full appearance fee that had been negotiated.

In July 2012, Pacquiao’s counsel, led by David Marroso a partner at O’Melveny & Myers LLP, questioned whether Imperial ED was the right party to bring the claim since the appearance contract had been signed by a different person. Imperial ED responded with a highly suspicious document that supposedly transferred ownership of the contract. Marroso and his team questioned the document and were granted the right to question Imperial ED’s principals under oath and to have one of the world’s foremost ink dating experts examine the document. After reviewing the evidence, federal judge Ricardo Hinojosa agreed with Pacquiao, found that the document had been falsely backdated, and threw out the case. On Wednesday, the Fifth Circuit Court of Appeals affirmed the decision, putting an end to the three-year legal saga.

“As Manny’s popularity increased, he has become a target,” observed Marroso. “People file meritless lawsuits against Manny hoping cash in on his success.” Pacquiao hopes the Court’s decision will cause future plaintiffs to pause before filing frivolous lawsuits and trying to cheat the system, according to Marroso. Pacquiao advisor Michael Koncz added that “Manny took a stand in this case and vowed to fight until his name was cleared.”