Soto came in under weight has to 6:45 p.m. EST to make the weight per Florida State Boxing Commission

The official fighter weigh-ins for “WingHouse Fight Night” are open to the public and will conducted on Thursday, September 13, 2012, at 5:00 P.M., located at the Pinellas Park Ker’s WingHouse Bar & Grill (7790 US Highway 19 North, Pinellas Park, FL 33781). All fighters on the card will be in attendance and available for media and photo opportunities.

Breaking News: Super Middleweight Jose “El Cheloman” Alonzo (13-1, 7KO) from Spring Hill, Florida will be announcing his official retirement on Friday at The A La Carte Pavilion in Tampa, Florida. We shall have an official statement from Alonzo by then. 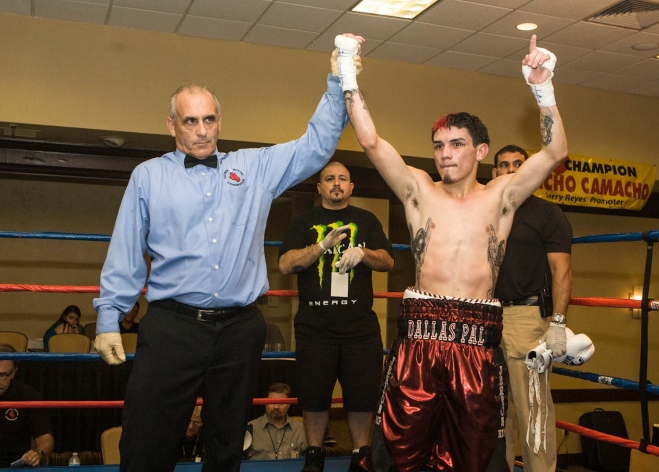 By Damon Gonzalez
Photo Robert Richards
Tampa- A fight to the finish at the Doubletree Westshore Hotel in Tampa. Alessi Promotions with an exiting series of “Tampa Style” events Up and coming Bantamweight rising star Ray Xinenez 9-0, 3 KO remains undefeated in a hard fought bout against tuff Panamanian Fredy Pengally 5-2, 2 KO from Dallas, Tx. Ximenez dominates him in the unanimous decision in 8 rounds.

LOS ANGELES, August 31 – Koufax. Drysdale. Valenzuela. Canelo? Yes, Canelo. On Saturday, September 1, WBC Super Welterweight World Champion Canelo Alvarez will take the mound at Dodgers Stadium to throw out the first pitch before the home town Dodgers take on the Arizona Diamondbacks as he warms up his right arm before his September 15World Championship showdown with Josesito Lopez in Las Vegas, Nev.